When I heard that Jo Smith was releasing a new independent record, I knew her name sounded familiar to me. In the past, it turns out that Smith has worked with RCA Records and Shane McAnally’s SMACKSongs. Her music has been a Highway Find on Sirius XM’s The Highway and was named Nashville Lifestyles’ Ones to Watch and Rolling Stone Country’s “New Artists You Need to Know.” Smith was inducted into CMT’s Next Women of Country class of 2018.  She is most known for her mega-hit “Old School Groove,” a tune with a throwback theme that had music lovers from all ages and genres singing along.

I was able to interview the songstress to find out how she got started in music and what she has been up to since 2018 and the pandemic.

Smith hails from a row crop farm in South Georgia. She vividly remembers listening to her dad’s old vinyl records which included the band Chicago, a 45 of the Beatle’s “Hey Jude” along with some country thrown in as well.

“My dad was very musical and it’s where I got my love for it,” she reported.

Like so many of the artists I interviewed,  Smith was told that Nashville was the place she needed to be. But Smith decided to attend college instead. She started her freshmen year at Auburn and that she would get “discovered” and it was like an overnight thing.

She entered talent contests in the hopes of being discovered. At one contest, the sound tech told her, “I know this band that is looking for a female lead singer in Nashville.”

“I did an audition and got the job for a hot minute before they fired me. That’s just what happens in Nashville. I thought this was going to be my ticket to stardom,” she explained. 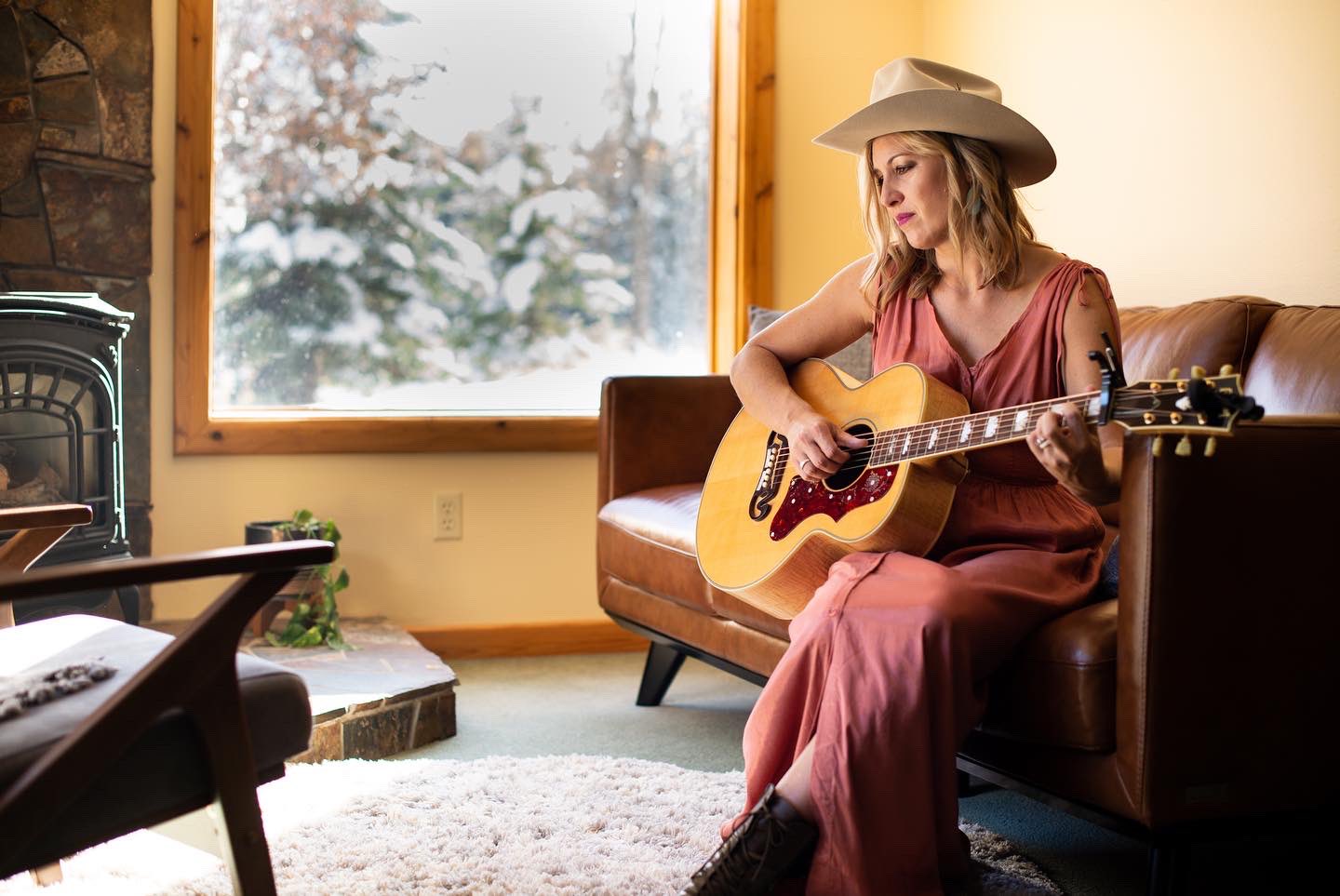 And while her original singing gig failed, she got the bug to leave college, move to Nashville, and pursue music full-time. She got a publishing deal quickly after moving to Nashville and was under the Sony/ATV umbrella for a while and Columbia and lastly RCA/SMACKsongs.

After her initial success in 2018 and more than fourteen years in the roller coaster music business, Smith returned to school where she got a degree in International Affairs from Vanderbilt.

She confessed, “I’ve always enjoyed school. I like going back and forth between both sides of my brain.”

She continued, “When I lost my deal with SMACK, I was at a crossroads. I was feeling extremely defeated. I felt like Sisyphus, pushing the giant boulder up the mountain. I had gotten it almost to the top with SMACK and it came rolling back,”

She decided to completely shift gears and get out of town and do something not focused on herself. She got her resume’ out there and very randomly it found its way to this company that was an “implementing partner” to a state department contract. This was where the U.S. Department of State paid civilians to go in and do military-type work. In this case, the Department of State was training the police and special forces unit called the Denab in Somalia.

The reason Smith was considered was they needed a report writer. The person reviewing her resume said, “This is a long shot, but if she can write songs, she can definitely write State Department reports.”

Smith spent a year in Somalia, where she lived in a shipping container for a year in a compound in Mogadishu, the most dangerous city in the world.  She wrote reports for the U.S. Department of State Counterterrorism Bureau about the progress of Somali police and army training programs. She also played regularly at the compound in Somalia to people who surprisingly already had a taste for country music.

She found joy in her job as her time in Somalia was “beautiful and sad and meaningful and inspiring.”  Her work there enabled her to fund her forthcoming first independent album.

After a year, the State Department pulled the plug on the contract, and she lost her job.

She advised, “It really is a lot like the music business because I felt the same way about what happened at SMACK”.

In both cases, when the relationship ended, she felt like it was a little premature.

She returned to the US in 2019 right before the pandemic hit.

The good news is that the year she was in Somalia, she met long-time Navy Seal, JD, who had originally been a part of the invasion of Panama, and Black Hawk Down in Somalia before retiring in 2008 and going back to work in Somalia to work as a civilian contractor.

They soon discovered they were each other’s “one” and the pair moved to Whitefish, Montana along with some other military families and their one-year-old son, Hazard.

Smith started working on her debut full-length album Wyoming before she moved to Somalia. She was working on the album off and on during her leave time while fulfilling her contract.

“I was able to fund getting into the studio, working to the point of getting ready to release an album,” she recalls. “This is what I had envisioned when I originally moved to Nashville.”

The title track “Wyoming” features a particularly special harmony from the one and only Vince Gill, the title track sets a tone of timelessness that the album meets again and again.

She recalled, “I sent him an email and he agreed to do it. We waited and then one day he just sent the finals back with his vocals. It was unbelievable. It took the song to a whole new level.”

The singer has a beautifully sweet songbird-type voice that melds perfectly with Gill’s tenor. 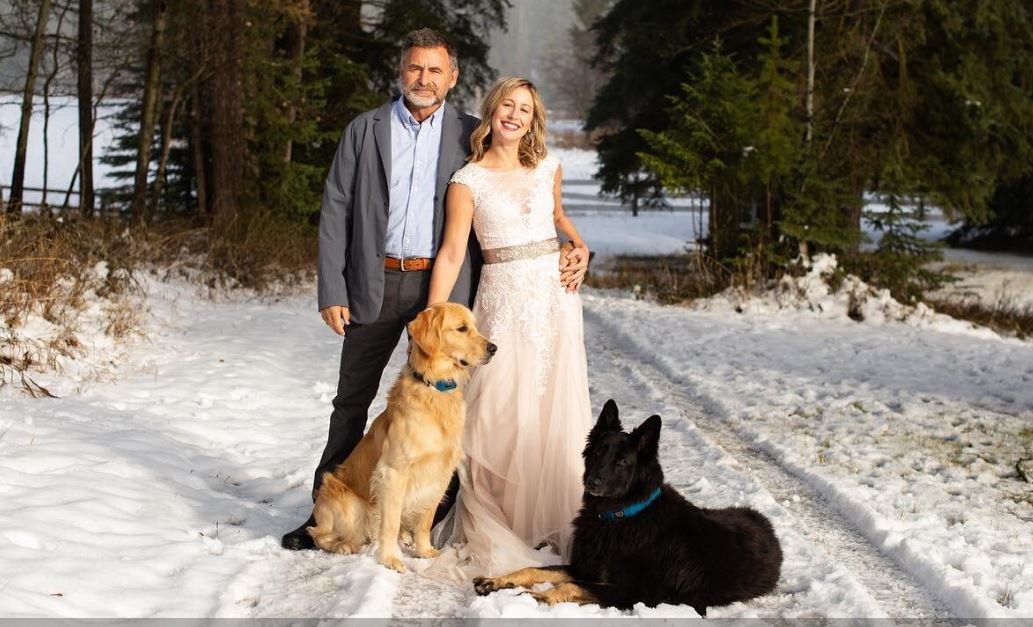 The whole album invokes vivid emotions brought about by love, loss, self-reflection, perseverance, and heartbreak. With a Rocky Mountain backdrop, the album, produced by Brandon Hood, features songs written with legendary Nashville songsmiths Mark Nesler, Tony Martin, Dean Dillon, and more. From the title track’s haunting fiddle introduction to the Bobby Gentry-meets-Miranda Lambert “Broken Dishes” murder mystery story to the intimate perfection of “No More Cowboys,” Wyoming is a beautiful piece of art, much like a beloved painting with unhurried attention being put into every detail of the masterpiece.

In “I Like This Ring,” the current focus track, Smith tells a universal story of a past relationship in a unique and personal way.  It is followed by perhaps the most unexpected artistic offering on the record: an arrangement of Johnny Cash’s “I Walk the Line” featuring a chorus-third-verse adaptation that only a true songwriter artist could create.

Many of the songs have a sad side to them and she admits that most were written before she met JD. She states, “The record definitely has a somber tone to it which I think is the heart of country music. I put the “No Highway” song on there to give the record a happy ending.”

The album achieves Smith’s musical hopes and more: it embodies the traditional ideals of country music in a never-heard-before way. And even though she worked with some of the best in business in creating Wyoming, the simplicity of the melodies and lyrics is what elevates this record in the crowded sea of overproduced country music.

Because of her little one, Jo Smith is mainly performing locally and in Bozeman. She does occasionally get back to Nashville to play a show or two. For more info and tour dates, visit www.josmithmusic.com.