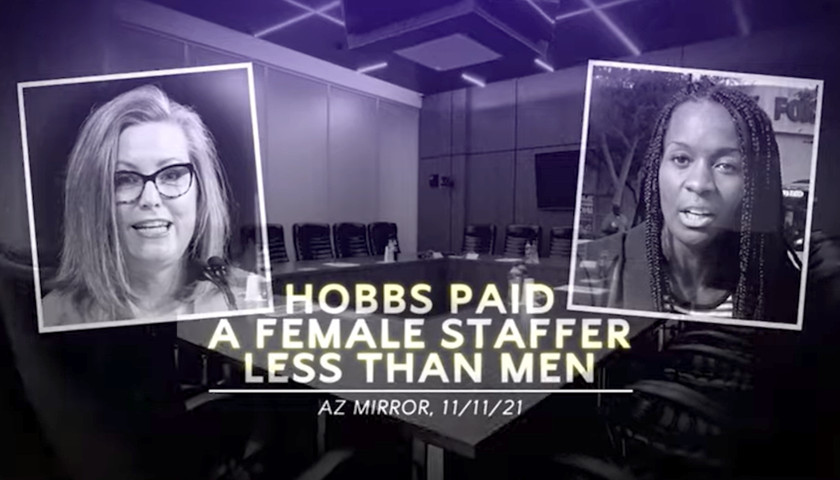 With under two weeks until the November general election, Republican Kari Lake’s campaign for governor released a new TV Ad reminding Arizonans of the past racist actions of Lake’s Democrat opponent, Katie Hobbs.

“Katie Hobbs may try to run from her racist behavior, but she can’t hide her appalling record from the voters of Arizona,” said Lake’s campaign in a statement emailed to reporters. “Arizona’s state employees – and all Arizonans who are proud to call this state home – simply can’t afford to elect a racist to the governor’s office.” 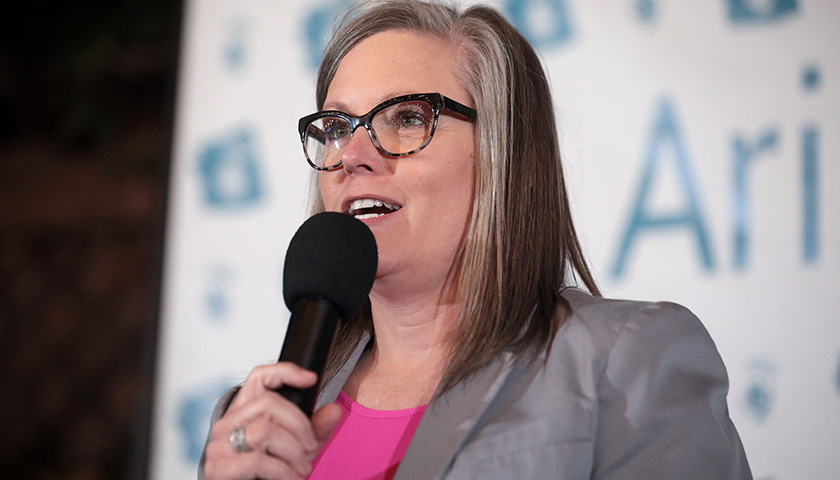 The Arizona-based CEO of a precious metals brokerage firm has been told by a local radio station that he cannot air ads stating that he believes Democratic Secretary of State Katie Hobbs, who is running for governor, is a racist.

Jim Clark, CEO of Phoenix-based Republic Monetary Exchange, told The Arizona Sun Times he felt so strongly about supporting Kari Lake for governor that he created his own ads, paying almost double the rate of ads for his own company to run them on KTAR. The middle-of-the-road radio station was running a barrage of pro-Hobbs ads but he hadn’t heard any in favor of Lake, so he wanted to create some balance. 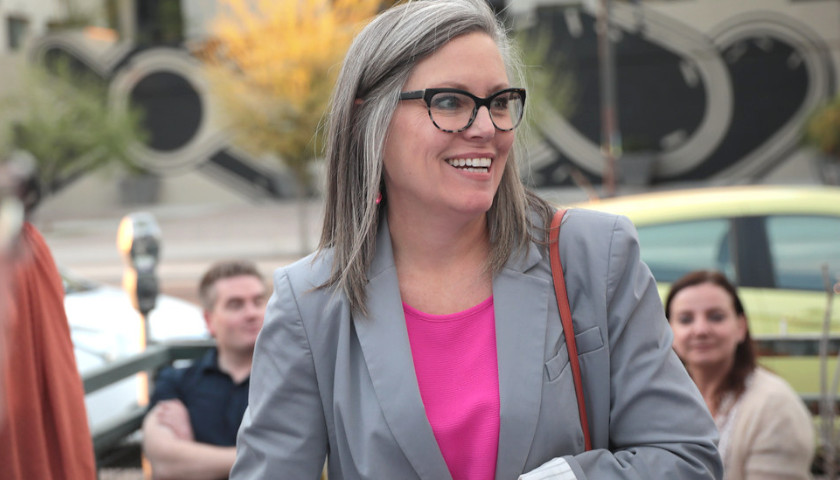 “Katie Hobbs and her team know her largest liability is her inability to connect with voters on issues that matter,” said RGA spokesman Will Reinert. “Yet, Hobbs still struck out when asked an important, yet softball question, that a third of the voters in Arizona deem incredibly important.” 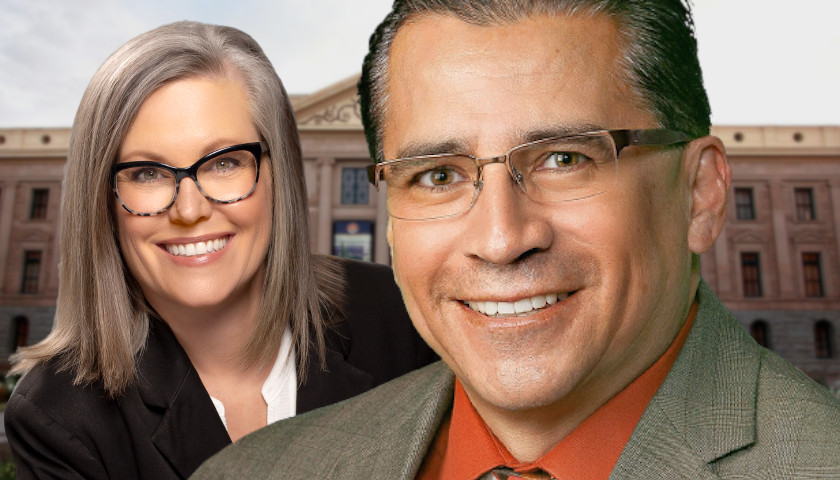 Fallout is continuing after a multimillion dollar jury verdict was awarded to a former staffer of Democratic Secretary of State Katie Hobbs due to Hobbs’ racist and sexist treatment of her. Hobbs admitted, “I participated in furthering systemic racism.” Democrats immediately started dropping their support of her candidacy for Arizona governor, with most recently State Rep. Richard Andrade (D-Glendale) announcing his decision to switch his endorsement to former Nogales Mayor Marco Lopez.

The Arizona Sun Times asked Kari Lake, the leading gubernatorial candidate on the Republican side who recently joined a lawsuit against Hobbs, what she thought of this latest development. She responded, “The movement we are experiencing is so strong I don’t care who the Democrats put up against me, I will crush them in November.” 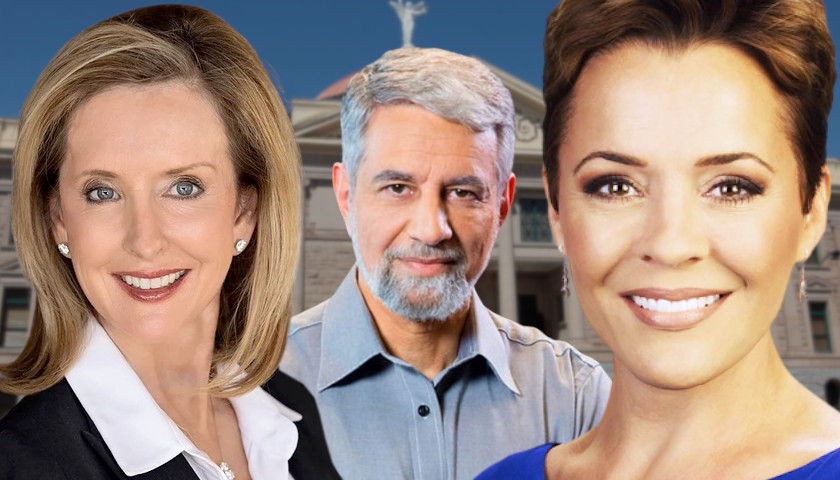 A new poll in the Arizona gubernatorial race shows Trump-endorsed Kari Lake still far ahead of other Republican candidates in the race, and the only Republican beating the Democratic frontrunner, Arizona Secretary of State Katie Hobbs, in the general election. Arizona-based pollster Data Orbital found that Lake has 36.5% of the support of Republicans, with her nearest competitor Matt Salmon at 13%.

“President Trump knows how to pick winners, and new polling proves the President was correct, once again,” Lake said in a statement. She told the Arizona Sun Times, “This is a huge poll. These fools have been saying I can’t win in the general election, when this poll shows THEY can’t win. First poll released that shows general election match ups.” 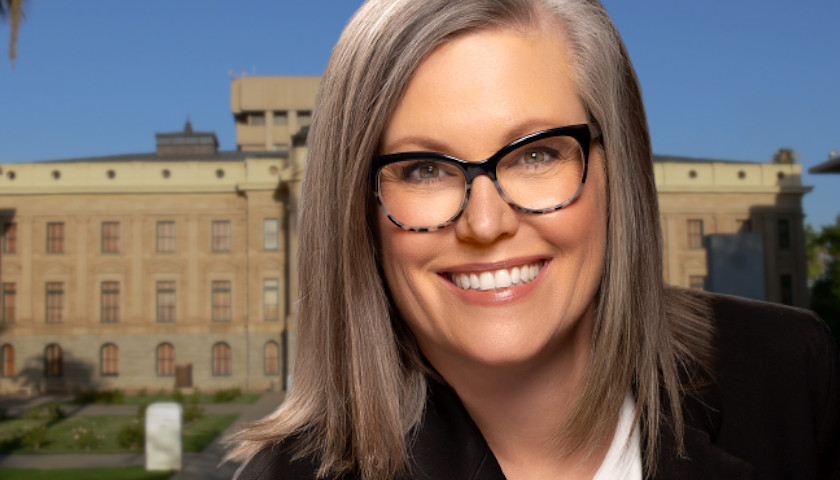 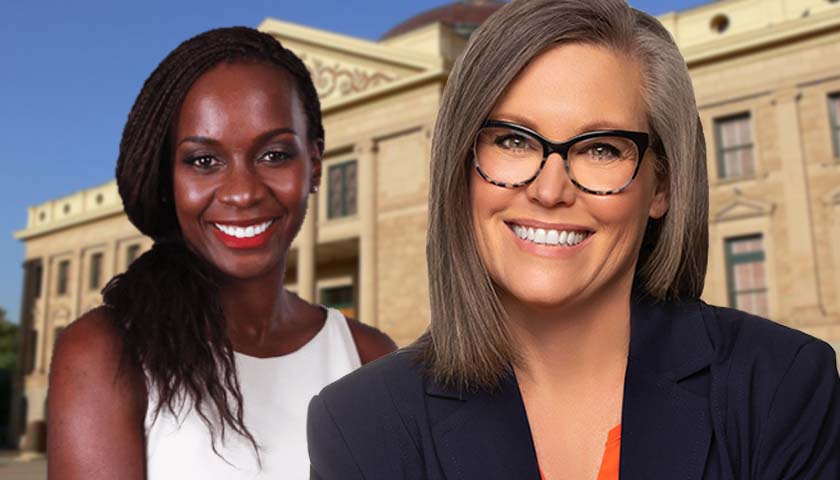 Arizona Secretary of State Katie Hobbs, a Democrat running for governor in 2022, is under fire for her connection to a discrimination lawsuit filed by a former aide to state Senate Democrats.

Talonya Adams, a Black woman, alleged that she was underpaid and fired after detailing that she earned less money than her co-workers. 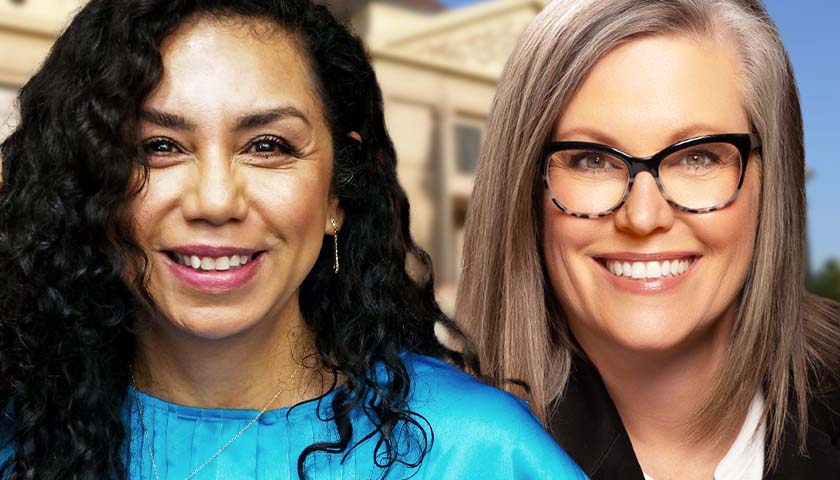 Arizona State Rep. Teresa Martinez (R-Maricopa) is calling for Democratic Arizona Secretary of State Katie Hobbs to drop out of the governor’s race due to firing a staffer while at the Arizona Legislature. Talonya Adams won a multimillion dollar jury verdict against the legislature for racial discrimination by Hobbs, her former boss, last week, the second lawsuit she’s won in the case. A jury found that Adams was fired in 2015 because she complained that her relatively lower pay was the result of racial and sex discrimination.

Martinez told The Arizona Sun Times, “I think it’s horrible that we have an elected state official who would have such behavior toward any race. I think anyone running for statewide office should look at people based on the content of their character, not the color of their skin. For this woman to win two lawsuits where two courts found her showing racism — she should not be considered for any post in the state of Arizona, including the one she has now.”