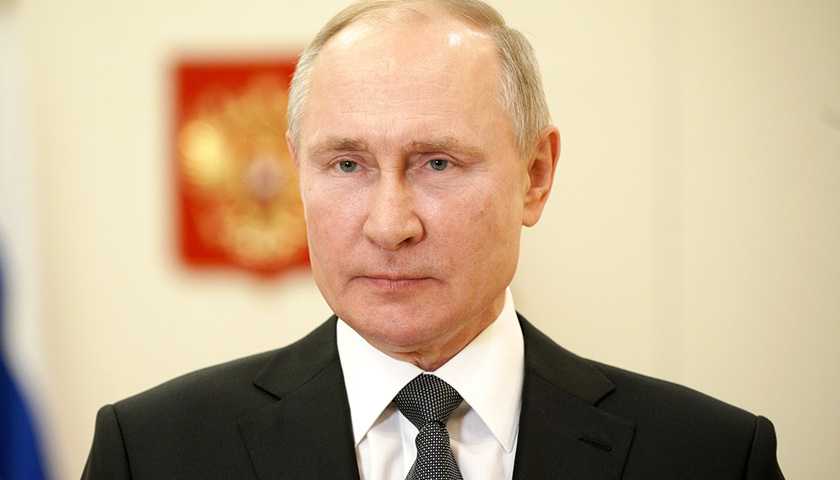 Russian President Vladimir Putin said Russia would continue to supply Europe with natural gas, but warned that deliveries via the Nord Stream 1 pipeline could become constrained if sanctions prevent further maintenance on the pipeline, according to The Wall Street Journal.

Putin asserted that the pipeline’s owner, the Moscow-controlled energy firm Gazprom, will honor and fulfill its responsibilities to Europe in remarks that he made late Tuesday after his visit to Tehran, reported the WSJ. Putin’s comments come amid the reduced flow of natural gas into Europe due to sanctions and other supply chain disruptions caused by Russia’s invasion of Ukraine. 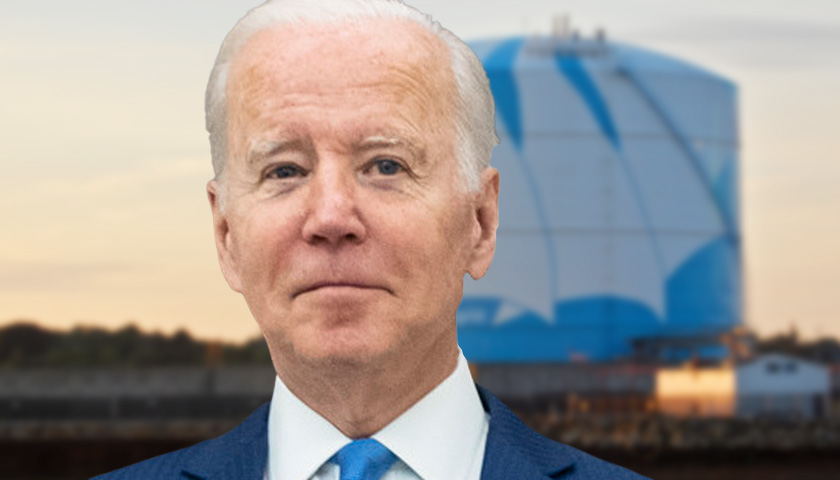 The Biden administration is expanding restrictions on carbon emissions that could impact half the liquefied natural gas (LNG) export capacity in the U.S.

The Environmental Protection Agency (EPA) is expanding a rule under the U.S. Clean Air Act called the National Emissions Standards for Hazardous Pollutants (NESHAP), which places restrictions on the emission of formaldehyde and benzene from stationary combustion turbines. Starting in August, the rule will now apply to two types of gas-fired turbines that were previously left out of the regulation, the EPA announced in February. 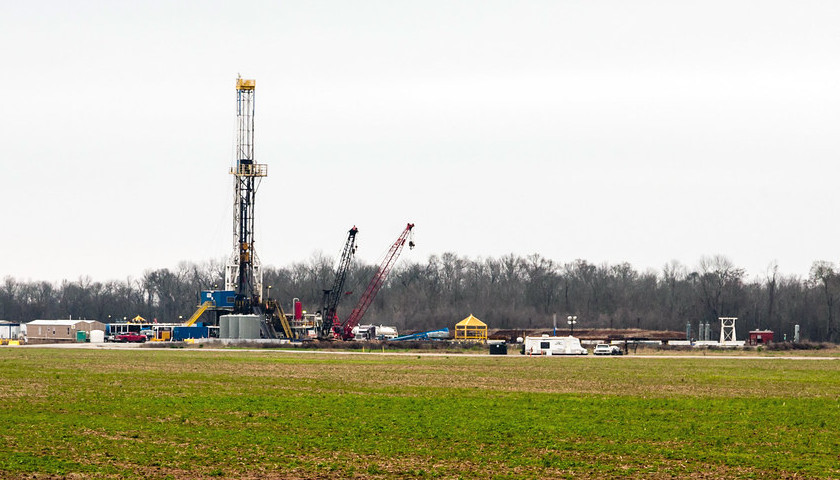 U.S. natural gas prices have skyrocketed nearly 150% this year while inventory levels have shrunk, signaling more consumer pain ahead of the summer season.

The Henry Hub natural gas spot price, an indicator of nationwide prices, stormed past $9.30 per million British thermal units (MMBtu) Thursday, up from its early January price of $3.74 per MMBtu and the highest level since 2008, according to government data. U.S. natural gas inventories have been drained in recent months, declining 17.6% year-over-year and down 15.3% relative to their 2017-2021 average, additional data released Thursday showed. 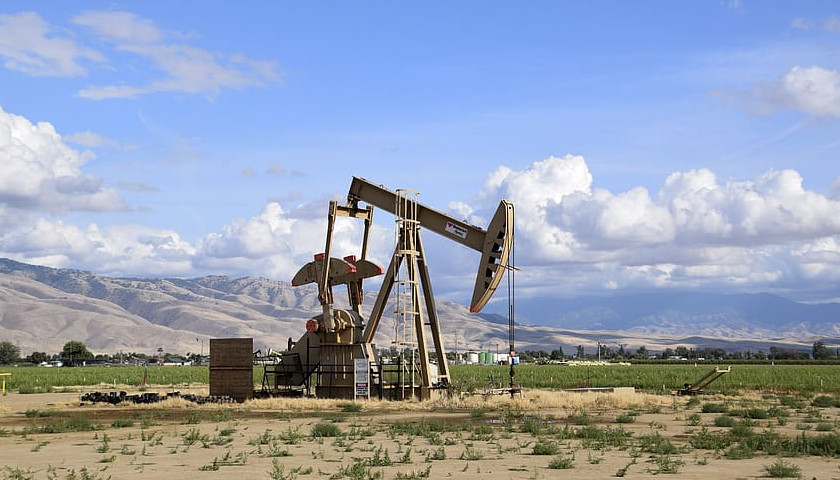 The U.S. Department of Interior announced it is making only 20% of eligible acreage for oil and natural gas production available for leasing on federal lands to comply with a federal court order.

In his first week in office, President Joe Biden issued an executive order directing new oil and natural gas leases on public lands and waters to be halted by the Interior Department. The agency was also tasked to review existing permits for fossil fuel development. 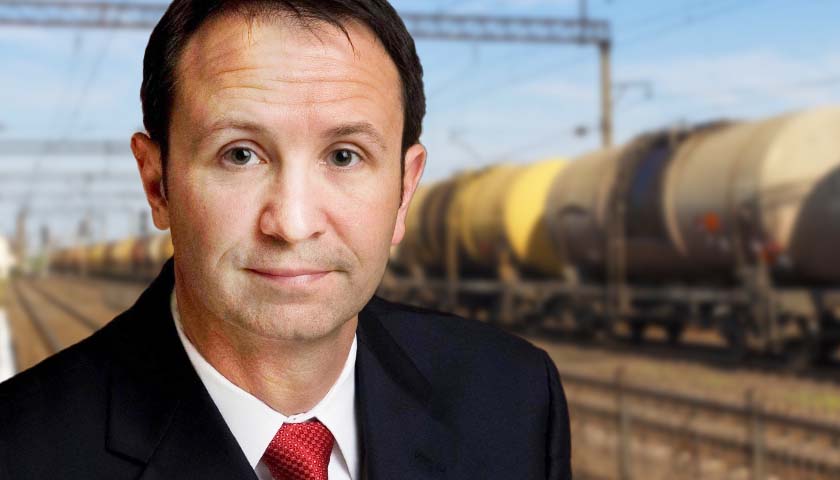 Half of all U.S. states penned a letter to the Biden administration, arguing against its decision to reverse a Trump-era rule allowing energy firms to transport natural gas via rail.

The 25-state coalition said that proposed prohibition of natural gas rail transport would have “devastating effects” on the economy and national security, according to the letter led by Republican Louisiana Attorney General Jeff Landry. The Monday letter was addressed to Pipeline and Hazardous Materials Safety Administration (PHMSA) Acting Administrator Tristan Brown. 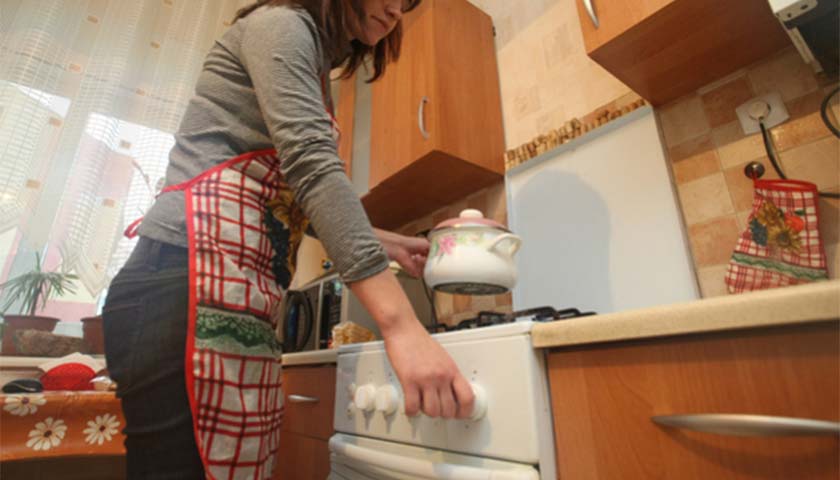 Industry groups and others are pushing back after a study found gas stoves contribute more to global warming than previously thought at a time when some elected officials are considering policies to limit natural gas connections.

The study, published in Environmental Science & Technology, found methane that leaks from natural gas stoves in U.S. homes has a climate impact equivalent to the carbon dioxide emissions from about 500,000 gas-powered cars.

The study also tested emissions from stoves in homes. A Stanford news release that accompanied the study raised concerns about indoor air quality because of the levels of nitrogen oxides.

In recent months, European gas prices have risen as much as 700 percent, leaving millions of citizens vulnerable to a dangerously unstable grid and burdened with high electricity costs heading into this winter. Disruptions from this energy crisis have been felt by households and many industries that rely on affordable power to provide goods and services.

Until the recent escalation of Russia’s confrontation with NATO over Ukraine, the Biden administration’s solution to Europe’s energy crisis had been to implore Russia to send more gas to Europe. EU member states are already dependent on Moscow for roughly 40 percent of their gas supply. Initially, the White House made a deal with Germany, letting the Nord Stream 2 gas pipeline move forward. As part of an effort to repair relations with Germany, this decision allows Russia to tighten Putin’s grip over European energy security at the expense of our strategic partner Ukraine. Fortunately, German regulators refused to approve the pipeline, effectively delaying the certification of the project before July 2022. As part of the growing confrontation with Europe and the U.S. over Ukraine, Russia has further cut gas exports to Europe. 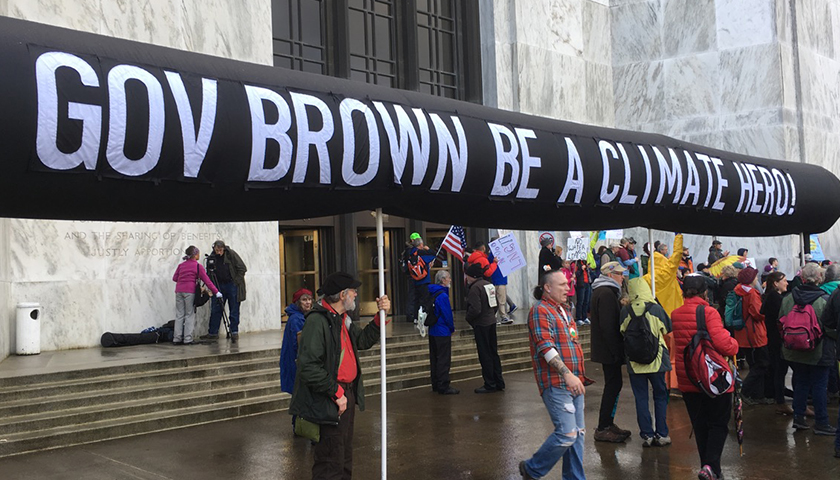 Canadian energy firm Pembina Pipeline Corp. pulled the plug on a years-long project that would have led to greater natural gas exports from to Canada to the U.S.

The multi-billion-dollar Jordan Cove project included plans to construct a marine export terminal, which would have been the first of its kind in the continental U.S., and a 230-mile pipeline across Oregon, The Associated Press reported. The terminal would have liquefied up to 1.04 billion cubic feet of natural gas per day for export and hosted two full-containment storage tanks on site, according to previous federal permit records.

But the project, which dates back to 2004, was fiercely opposed by environmentalists while state officials created permitting roadblocks that Pembina struggled to hurdle. In 2020, the Republican-majority Federal Energy Regulatory Commission approved the project, but the agency rescinded approval in January, upholding Oregon’s rejection of the plans. 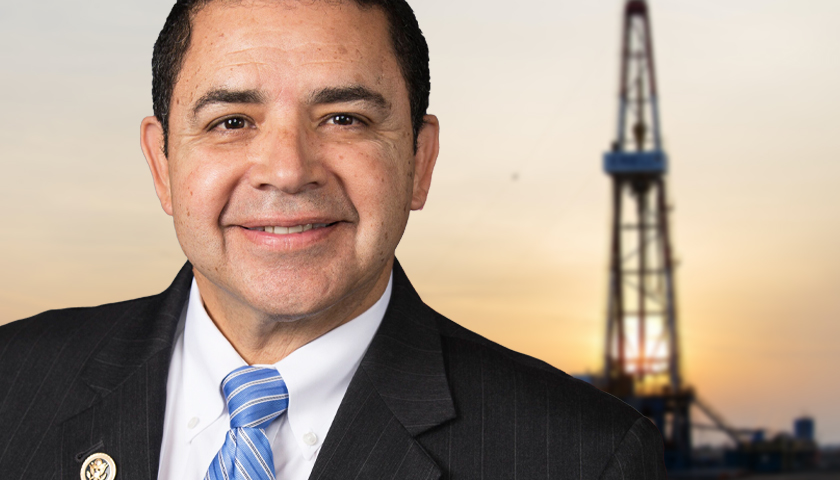 Seven Democratic U.S. representatives have asked Speaker of the House Nancy Pelosi, D-Calif., and Senate Majority Leader Chuck Schumer, D-New York, to not target the oil and gas industry in the budget reconciliation bill before Congress.

Despite the concerns they and those in the industry have raised, Democrats in the U.S. House Natural Resources Committee pushed through a section of the bill, which includes billions of dollars in taxes, fines and fees on the oil and gas industry in the name of climate change.

Committee Chair Raúl M. Grijalva, D-Ariz., said the section of the bill that passed “invested in millions of American jobs” and put the U.S. “on a more stable long-term economic and environmental path.” 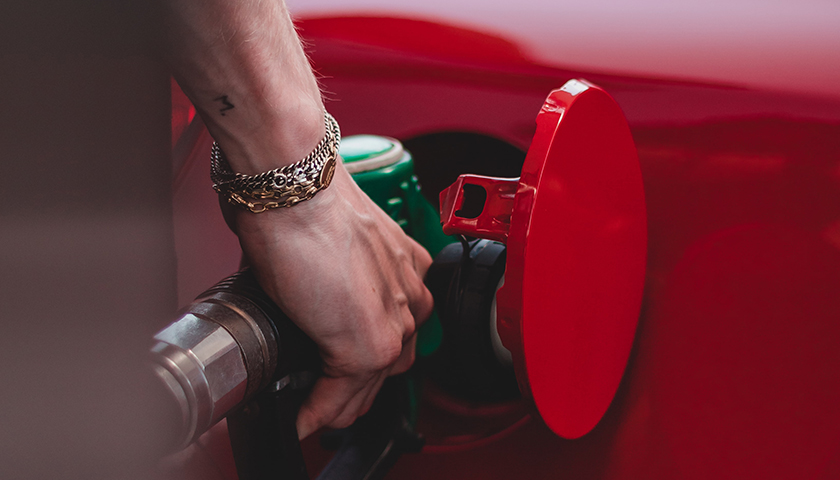 The Methane Emissions Reduction Act of 2021 has been proposed as a “pay-for” – a source of revenue – in the reconciliation infrastructure package. It would impose a “fee” on methane emissions from natural gas and petroleum production systems and related processes, but not on such emissions from agricultural and other operations. Accordingly, it is worse than a mere money grab: it’s a blatant exercise in punitive politics directed at the fossil-fuel energy sector, a tax on conventional energy.

Not so, says Representative Diana DeGette (D-CO), as summarized by the Washington Examiner:

“This is not a tax. It’s a fee on natural gas waste,” adding oil and gas operators have the technologies to combat methane leaks at low cost. “The smart players want to prevent waste because they can capitalize it to make money. Customers won’t be paying a fee on gas delivered. The only fee will be paid [by an operator] on what doesn’t make it to the consumer.” 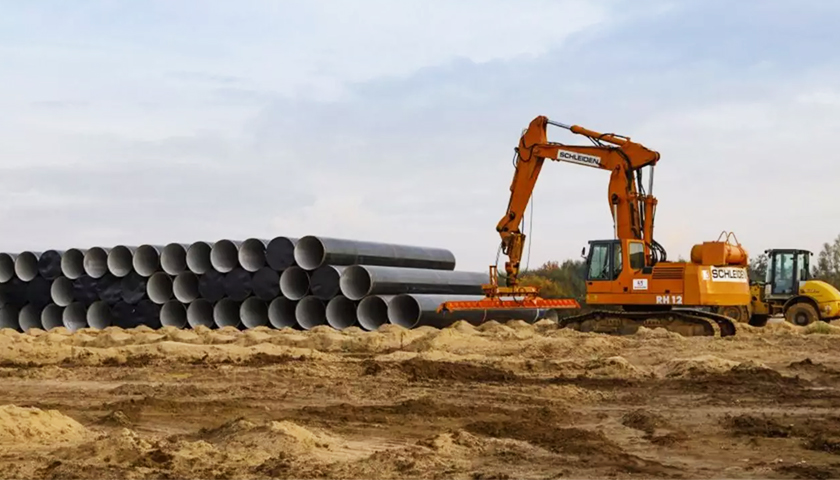 For years, Democrats and their cable news echo chamber conjured up and broadly disseminated the most lurid and patently ludicrous rumors about former President Donald Trump being a corrupted and (literally) compromised agent of Vladimir Putin and the Kremlin. Democratic talking heads ultimately tried in vain to distance themselves from this sordid oeuvre‘s most far-fetched talking points, such as the infamous “pee video kompromat” from the discredited Steele dossier. But for four years, Democrats’ unquenchable obsession with the “Russiagate” hoax pervaded, distorted and sullied our politics. 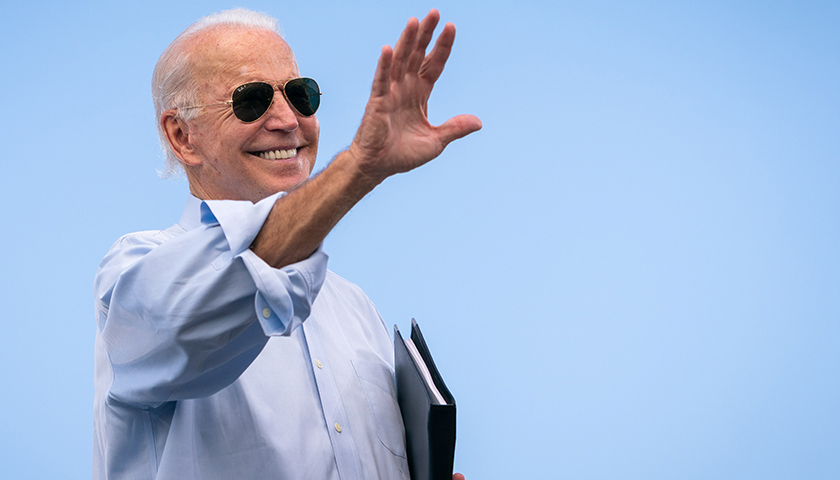 Following a Biden administration move to lift U.S. sanctions blocking completion of Russia’s Nord Stream 2 gas pipeline, critics are charging that the new president — who canceled the Keystone XL pipeline on his first day in office — is more concerned about Russian energy jobs and independence than he is about America’s own.

“President BIden, if [you] can’t put America First, can you at least not put Russia first?” form Secretary of State Mike Pompeo tweeted.