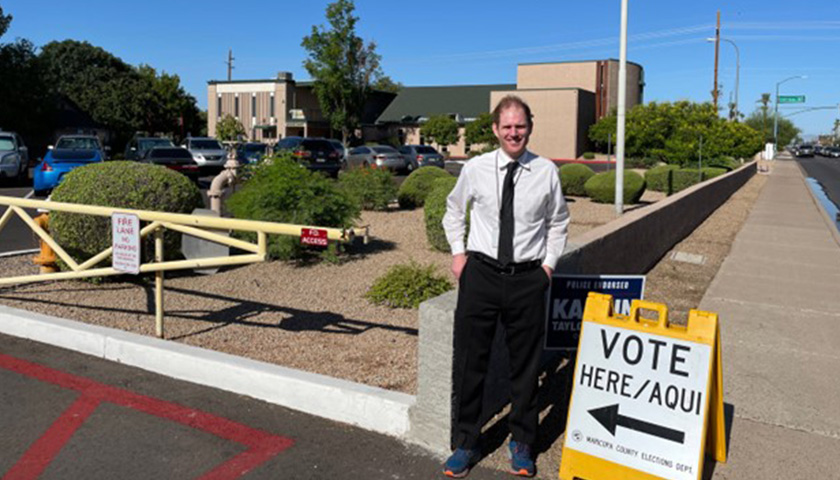 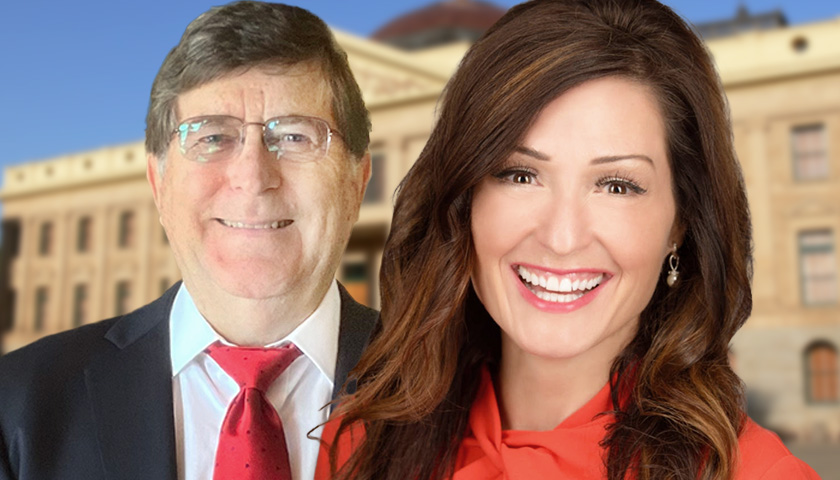 The Maricopa County Republican Committee (MCRC) is holding its biannual election for the board in January, and two slates of candidates have declared their candidacies for the five slots. One slate has labeled itself “America First,” while another is calling itself “Arizona First.”

The America First slate, which is also going by #TeamTruth and emphasizing election integrity, consists of Craig Berland for chair, Shelby Busch for 1st vice chair, Jeff Greenspan for 2nd vice chair, Diana Jones for secretary, and Lawrence Hudson for treasurer. The slate promises, “We promise to put the GOP clearly on the side of True Reform of Arizona Election Laws: mail-ins limited to true absentees, and precinct hand counts. Empower PCs to make the party grassroots, not top down.” 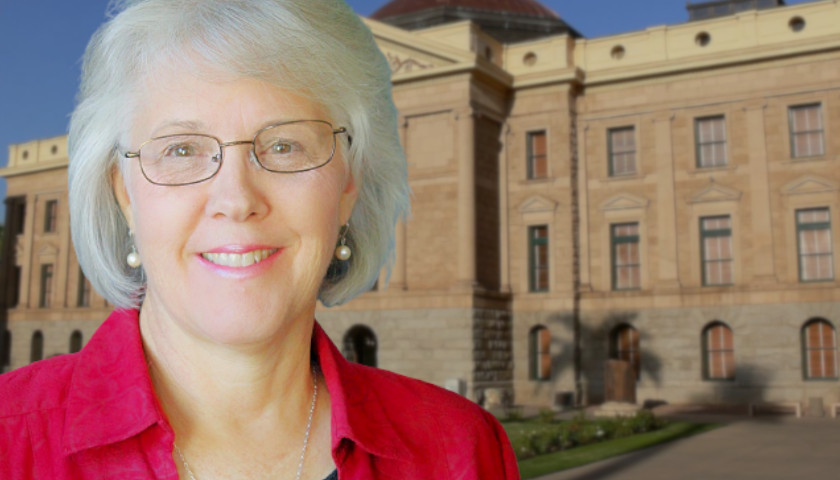 Mickie Niland, chairwoman of the Maricopa County Republican Committee, stated Tuesday she would not be signing the Post-Election Logic and Accuracy test results of the 2022 General Election because she says the test is inadequate.

“I would like a more comprehensive test. I feel the on demand printers, which are now an integral part of the vote center model, need to be part of any accuracy test,” tweeted Niland. 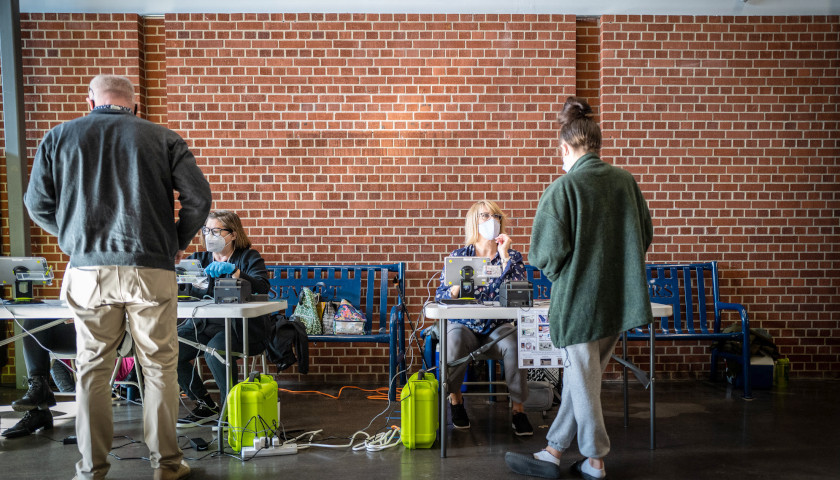 The Republican National Committee sent a letter to the Maricopa County Elections Department (MCED) demanding to know why MCED broke the law assigning significantly more Democrats than Republicans to poll worker positions for the August primary election. State law requires that each board handling the election must be “comprised of two members of different political parties,” but the Maricopa County Republican Committee (MCRC) discovered through public records requests that 857 Democrats were hired for those positions, while only 712 Republicans were. At 11 voting centers, there wasn’t a single Republican hired.

Arizona Corporation Commissioner Jim O’Connor, who is leading an effort to stop the use of electronic voting machines in the Nov. 8 midterm election, expressed his concern to The Arizona Sun Times. “This makes no sense, considering there are far more registered Republicans than Democrats in Maricopa County, and Republicans are super eager to serve on these boards due to concerns about voter fraud,” he said. “There were significantly more Republican precinct committeemen compared to Democratic precinct committeemen hired, so it doesn’t pass the smell test that the county couldn’t get enough Republicans overall. Based on Maricopa County Recorder Stephen Richer’s constant snide remarks belittling Arizonans concerned about voter fraud, it’s like he’s doing it deliberately to stick it to us and raise tensions, at best. At worst…” 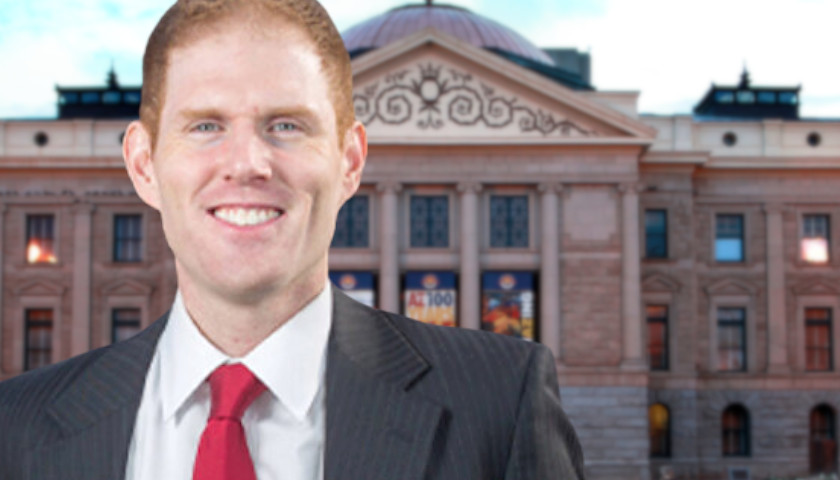 After the Maricopa County Republican Committee (MCRC) censured Maricopa County Recorder Stephen Richer, a Republican, over election integrity failures including denying there was election fraud in 2020, the author of the censure has found himself in hot water. Member-at-large Brian Ference responded to an inquiry in a Telegram channel for Maricopa County precinct committeemen (PCs) asking who voted against the censure. He provided a list of names in the channel — but also included their email addresses and phone numbers, prompting a stern email from the MCRC’s attorney.

Ference issued an apology for including the contact information, but told The Arizona Sun Times he didn’t regret sharing the names, because it exposed “Entrenched establishment Republicans who have proved again and again they offer little to no opposition to Democrats, but instead fight like hellcats against America First MAGA Republicans.” 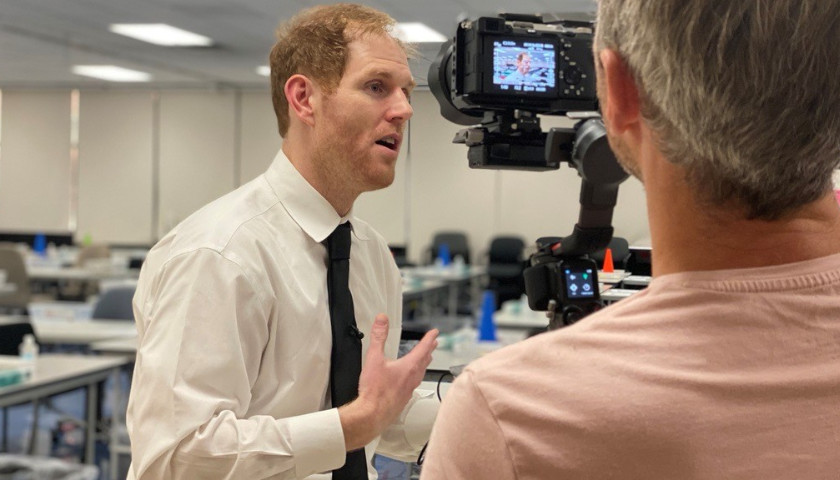 After an Arizona primary election last week full of anomalies, the Executive Guidance Committee of the Maricopa County Republican Committee (MCRC) issued a resolution on August 4 censuring Maricopa County Recorder Stephen Richer, a Republican. The resolution cited problems that arose during the election and Richer’s previous denials that election fraud occurred in the 2020 presidential election.

Member-at-large Brian Ference drafted the resolution, which passed 13-11 with two abstentions. It cited “irregularities” in the primary election, including “reports of printers and scanners not working,” “Pentel felt-tip pen smearing and not drying,” and “late counting and delayed results.” 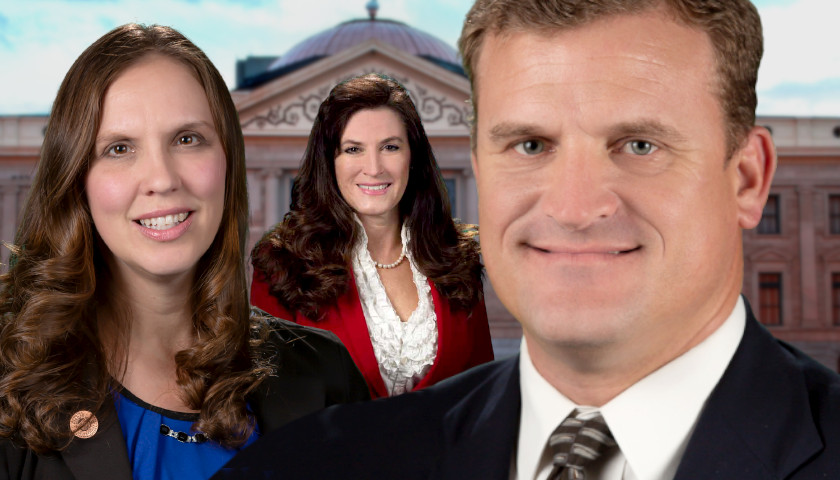 Former Arizona Senate President Russell Pearce introduced a resolution for the Maricopa County Republican Party to censure three state lawmakers for opposing an amendment to a bill to expand school vouchers. The Maricopa County GOP will vote on whether to approve the resolution against State Rep. Joel John (R-Buckeye),…