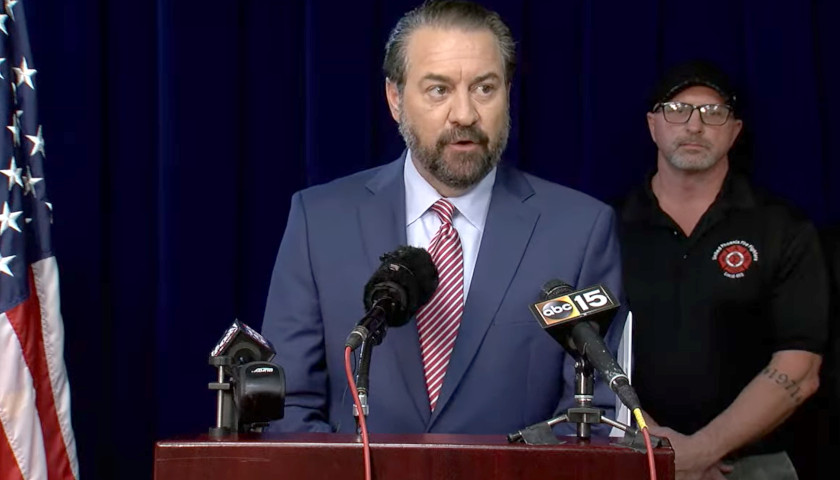 During a press conference announcing his lawsuit with police officers and firefighters against the City of Phoenix over its COVID-19 vaccine mandate, Arizona Attorney General Mark Brnovich was asked by Arizona’s Family political editor Dennis Welch whether he was vaccinated. His press secretary waved the question off as “inappropriate.”

However, Brnovich, who is running for U.S. Senate, responded, “Do you have an STD?” After a brief pause with some laughter from those present, he went on, “It’s not a ridiculous question. The question should be, once you allow or cede this authority to the federal government, where does it stop? And my own health information is my own health information.”

Police and firefighters are suing Oregon Gov. Kate Brown, arguing her vaccine mandate for state workers conflicts with the U.S. and state constitutions.

The lawsuit filed in Jefferson County by the Oregon Fraternal Order of Police and the Kinglsey Firefighters Association asks the judge seeks to block the state from enforcing Brown’s executive order requiring COVID-19 inoculations fir all executive branch employees.