Faith leaders are calling upon Republicans to uphold their party’s platform that declares “the union of one man and one woman” to be the “cornerstone of the family.”

The leaders are reacting to the fact that 12 Senate Republicans joined with Democrats Wednesday to advance legislation, dubbed by Democrats the Respect for Marriage Act, that would codify the Supreme Court‘s 2015 ruling in Obergefell v. Hodges, which made same-sex marriage legal across all 50 states. 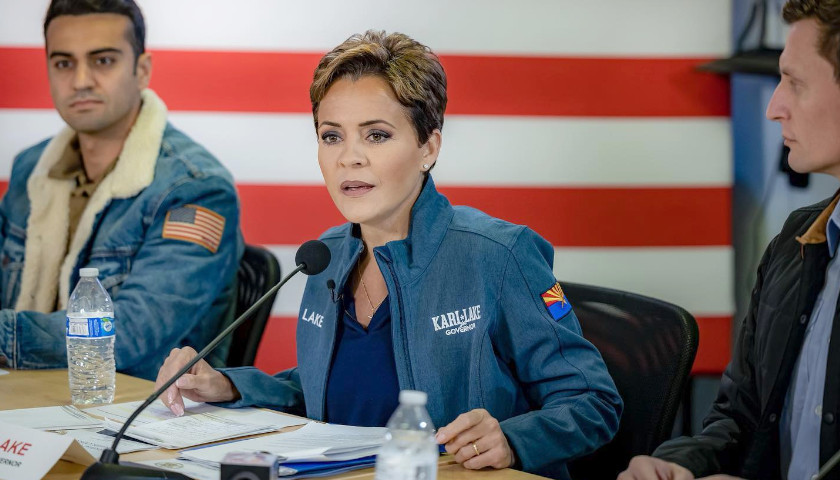 Arizona Republican gubernatorial nominee Kari Lake released a video Thursday sharing that she is not conceding in the race for governor and will continue to fight for the office.

“I can promise you one thing, this fight to save our Republic has just begun. I love you, Arizona, and I love you, America,” Lake said. “My resolve to fight for you [Arizona] is higher than ever.” 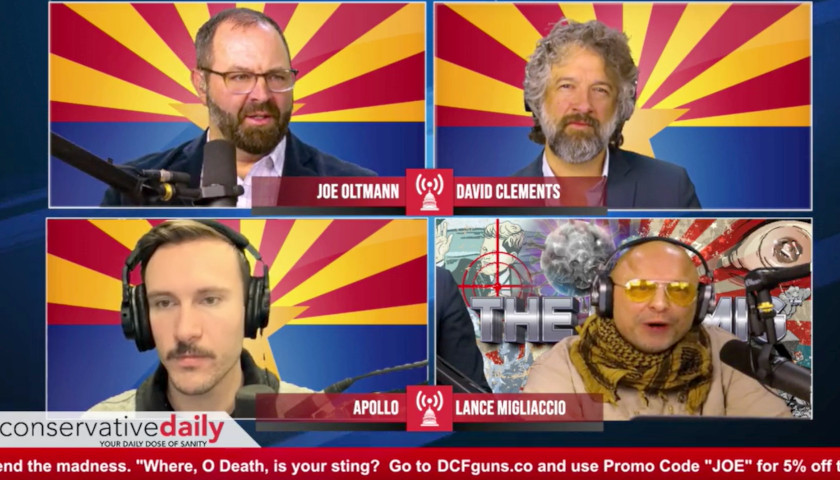 Activists in Arizona have spearheaded a campaign for demands for a “fair and free election” that, they say, is already beginning a national movement to counter election fraud.

Spurred on by the projection that Arizona Secretary of State Katie Hobbs (D) has defeated Republican Kari Lake, Joe Oltmann, founder of FEC United, Lance Migliaccio, host of “The Big Mig,” and David Clements, a New Mexico State University professor and one of the leading advocates for election audits and against vaccine mandates, laid out for their listeners the demands that start with a new election on December 6, Gateway Pundit reported.

Arizona Republican gubernatorial nominee Kari Lake released a video Thursday sharing that she is not conceding in the race for governor and will continue to fight for the office.

“I can promise you one thing, this fight to save our Republic has just begun. I love you, Arizona, and I love you, America,” Lake said. “My resolve to fight for you [Arizona] is higher than ever.” 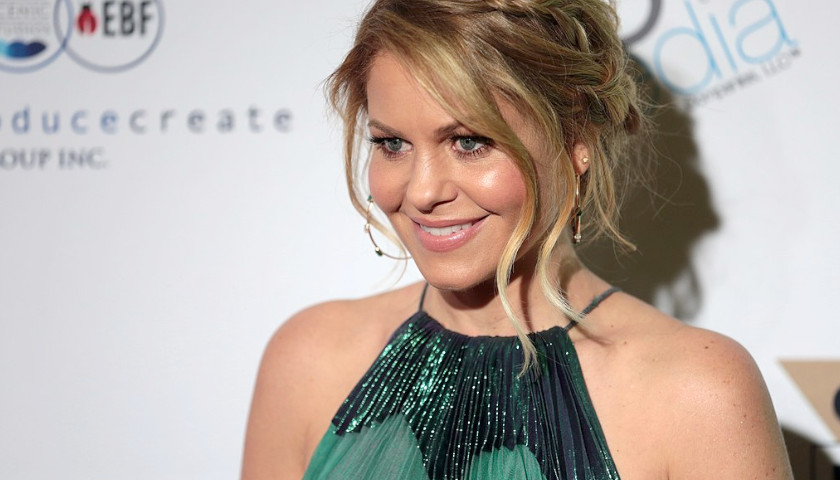 Christian actress Candace Cameron Bure says in her new top-level role at the Great American Family Channel, she will place faith and “traditional marriage” at the core of its Christmas movies.

In April, Bure became chief creative officer at Great American Family, a channel that is aiming to become the faith and freedom alternative to Hallmark, where the actress once served as the chief representative of the romantic comedy Christmas channel. 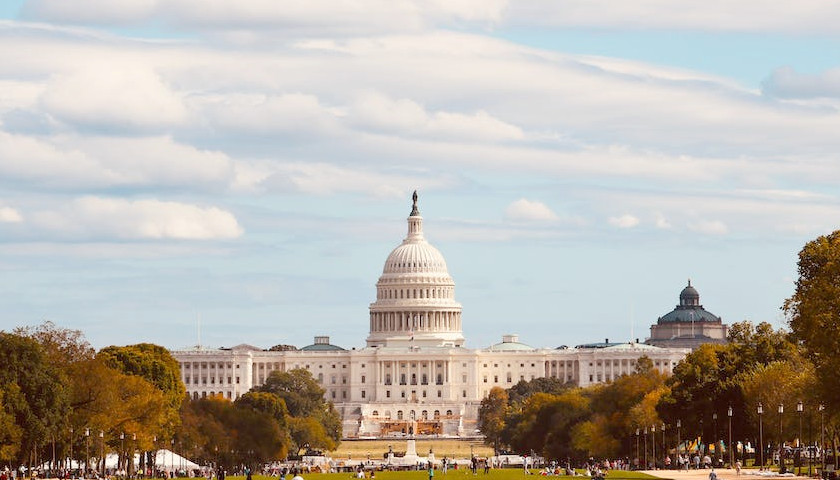 Republicans gained control of the United State House of Representatives, edging out a narrow victory in the tightly-contested midterm elections.

The GOP currently holds 218 seats after mail-in ballots caused over a week of delays in results, The Associated Press reported, though that number may grow as the last few remaining races wrap up. The elections were far closer than pre-midterm projections, with most pollsters predicting Republicans would take between 225 and 255 seats. 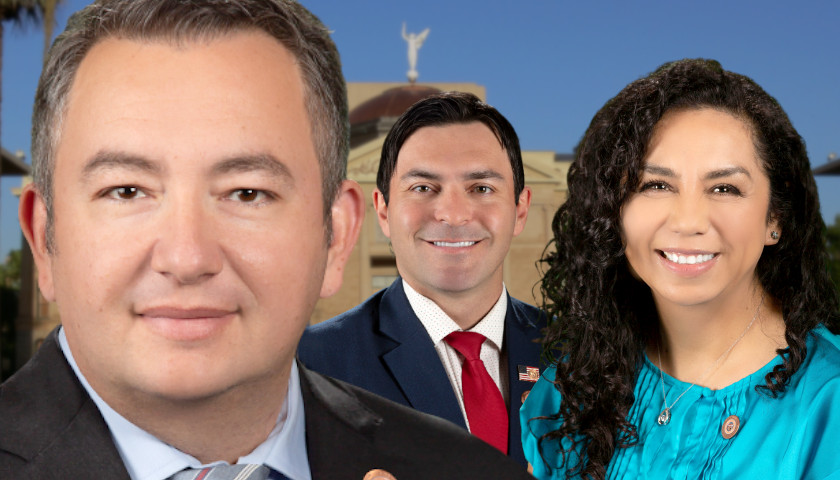 Members of the Arizona House Republican Caucus met Tuesday to elect new leadership positions for the coming legislative session, ultimately choosing Rep. Ben Toma (R-Peoria) to serve as the next Speaker of the House.

“It is a profound privilege to lead the House of Representatives and our Republican majority caucus,” said Toma in response to his election. “Together, I know that the House will rise to meet the state’s immense challenges and we will continue to unlock freedom and opportunity for every Arizonan.”

Senate Majority Leader Chuck Schumer (D-NY) moved for a procedural vote Wednesday on legislation that would enshrine same-sex marriage in federal law and block any states refusing to recognize such marriages.

The bill also would provide federal protection for interracial marriage. 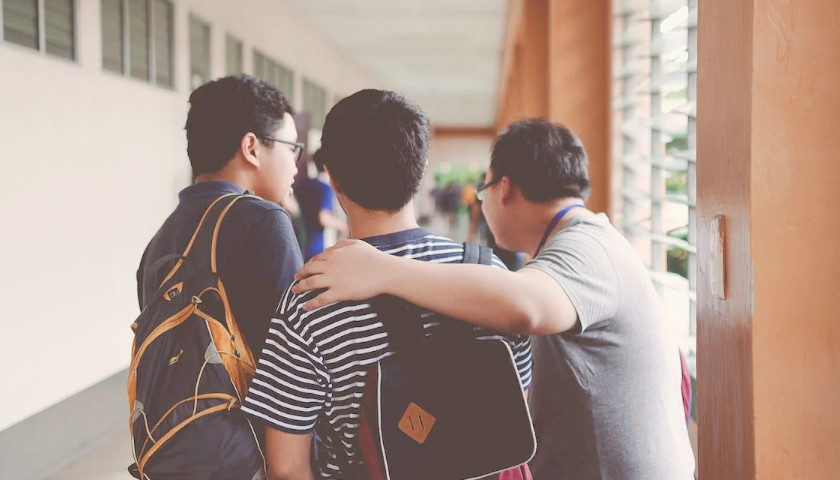 Voters in Arizona chose to expand access to more affordable education for illegal migrants as part of a ballot initiative in the midterm election.

Arizona voters approved Proposition 308, a measure to allow illegal immigrants to pay in-state tuition at state universities and community colleges. The measure received 51.2% of the vote, according to The Associated Press. 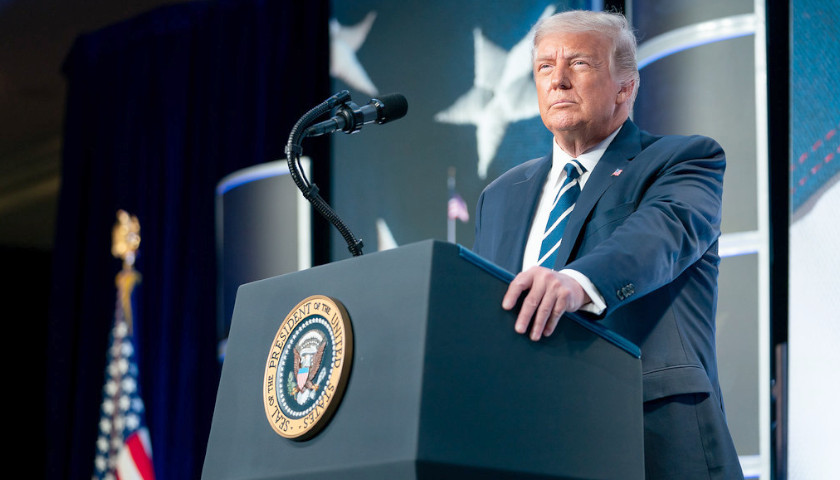 He’s still got gas in the tank. A lot.

Former President Donald Trump announced on Nov. 15 at Mar-a-Lago in Palm Beach, Fla. that he will for a third time be running for president in 2024 against current incumbent President Joe Biden. And maybe three times is the charm. 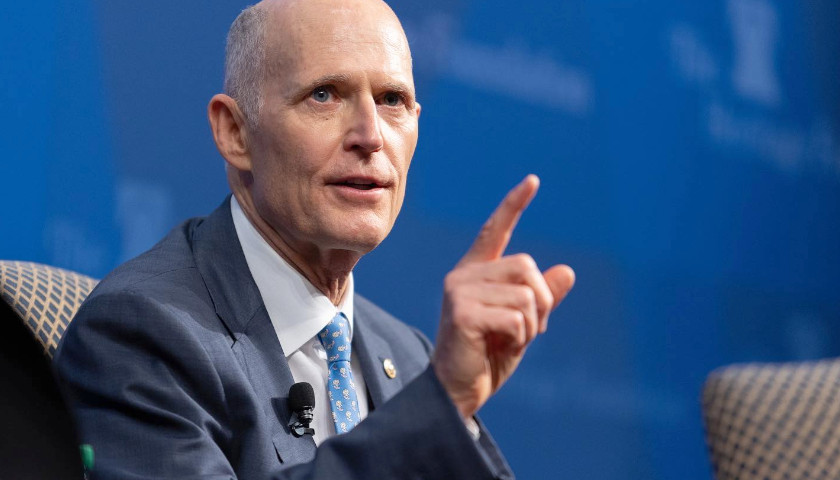 Florida GOP Sen. Rick Scott is no longer the chairman of the National Republican Senatorial Committee after challenging Senate Minority Leader Mitch McConnell for leader of the caucus on Wednesday. 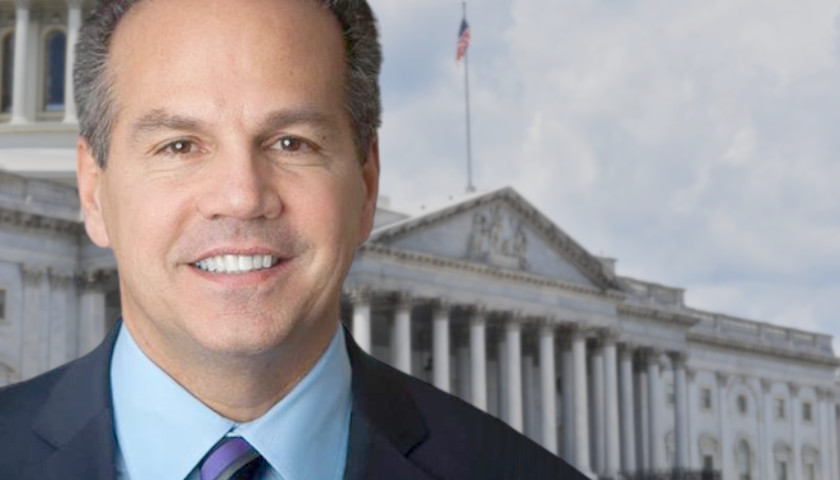 House Democrats are attempting to block former President Donald Trump from running in the 2024 presidential election by invoking a constitutional amendment, according to Politico.

Democratic Rep. David Cicilline circulated a letter among other House Democrats urging them to back legislation that would invoke the 14th Amendment to stop Trump from running in the 2024 election, arguing that his challenged to the 2020 election and actions preceding the Jan. 6 Capitol riots render him ineligible, according to a report by Politico. The 14th Amendment bars anyone who has engaged in an “insurrection or rebellion” from holding certain public offices, including the presidency. 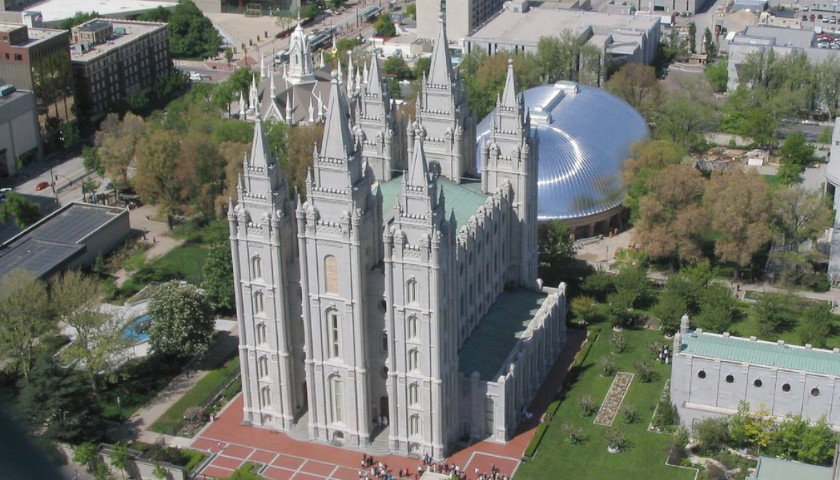 The Church of Jesus Christ of Latter-day Saints indicated support Tuesday for legislation that would require states to recognize same-sex marriages performed under other states’ laws and repeal any federal law defining marriage as a union between a man and a woman, despite previously supporting efforts against same-sex marriage legalization.

The House passed the Respect for Marriage Act in July, with five of six church members in the House voting in favor of the bill. The church’s Tuesday statement expressed gratitude “for the continuing efforts of those who work to ensure the Respect for Marriage Act includes appropriate religious freedom protections while respecting the law and preserving the rights of our LGBTQ brothers and sisters.” 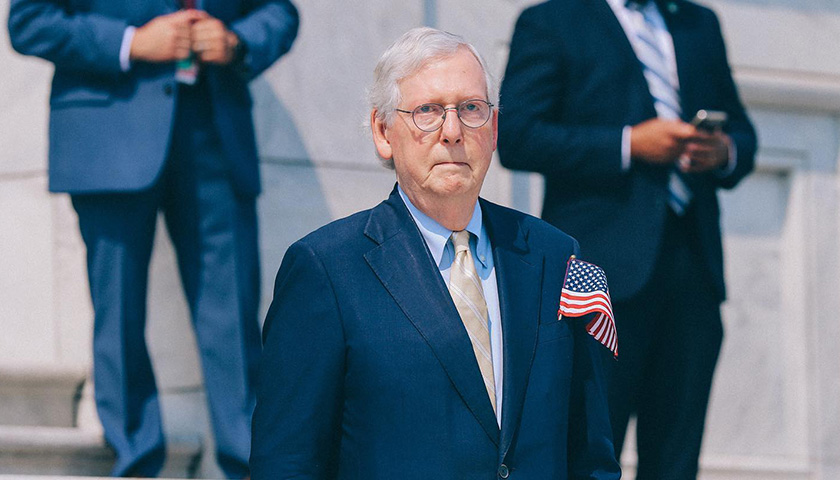 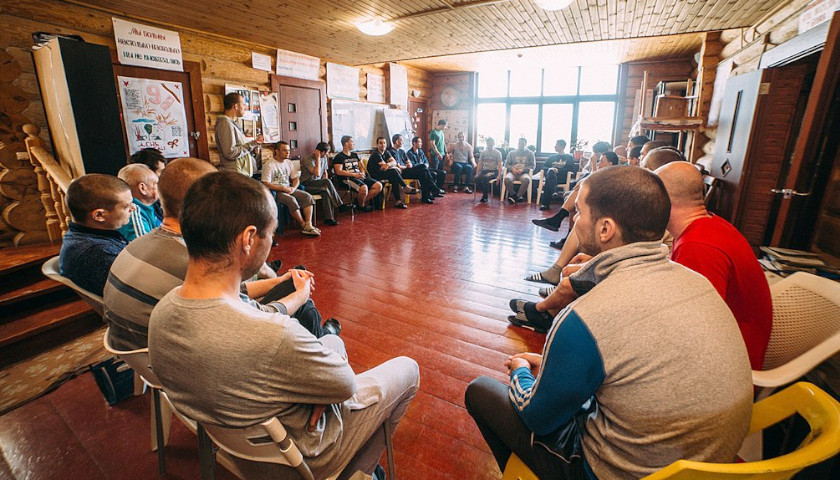 After nine years as a homeless drug addict in Los Angeles, Jared Klickstein finally checked himself into a drug treatment center. Unlike the program he had gone to six years before, which had hot tubs, acupuncture, and trips to the beach, this one, in North Hollywood, was deadly serious about personal responsibility. Clients kept a strict schedule. They did chores. They scrubbed toilets. “No hot tubs,” Klickstein said. 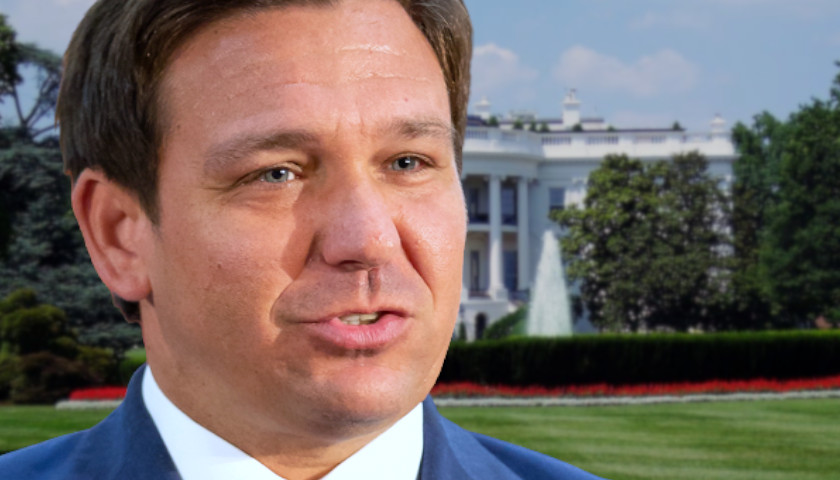 Following former President Donald Trump’s Tuesday evening announcement that he would launch a 2024 presidential bid, Florida Republican Gov. Ron DeSantis sought to cool speculation on his own ambitions and to direct focus to the upcoming Georgia Senate runoff.

DeSantis cruised to reelection last week, handily defeating Democratic rival Charlie Crist by nearly ten points. Trump-backed Republicans did not fare quite as well and the GOP, though favored to win both chambers of Congress, lost the Senate while the control of the House remains undecided. 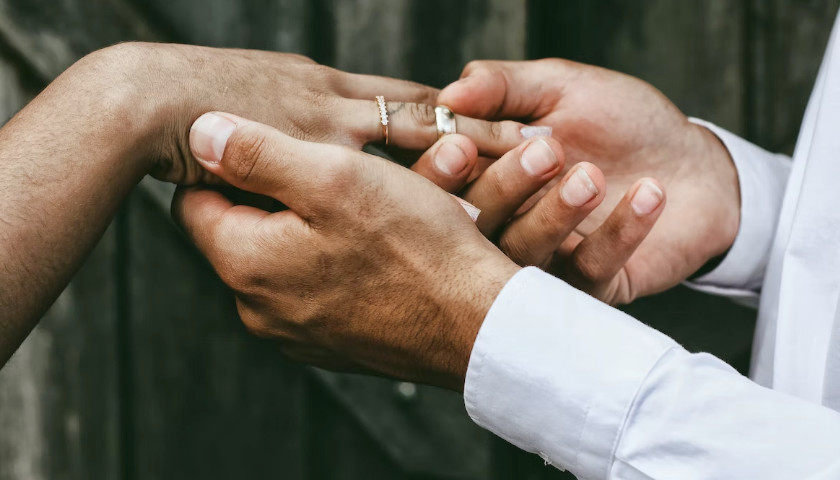 Leaders of faith-based institutions warned The Daily Signal on Tuesday that the Democrat-led Respect for Marriage Act, which is expected to be voted on by the Senate Wednesday, would hack away at the religious freedom of faith-based groups.

HR 8404 “provides statutory authority for same-sex and interracial marriages,” repealing provisions that define marriage as between a man and a woman. 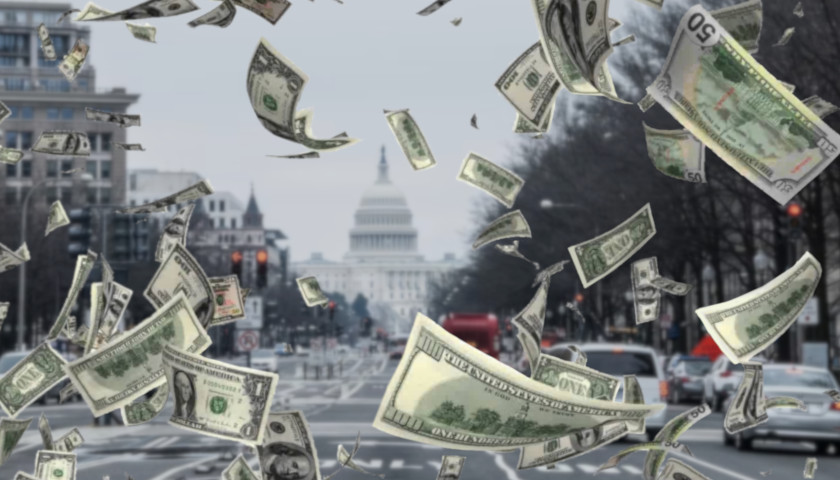 A far-left dark money group, the largest in the nation, accumulated over $1.5 billion in anonymous donations to fund left-wing causes in 2021, according to recently-revealed tax forms. 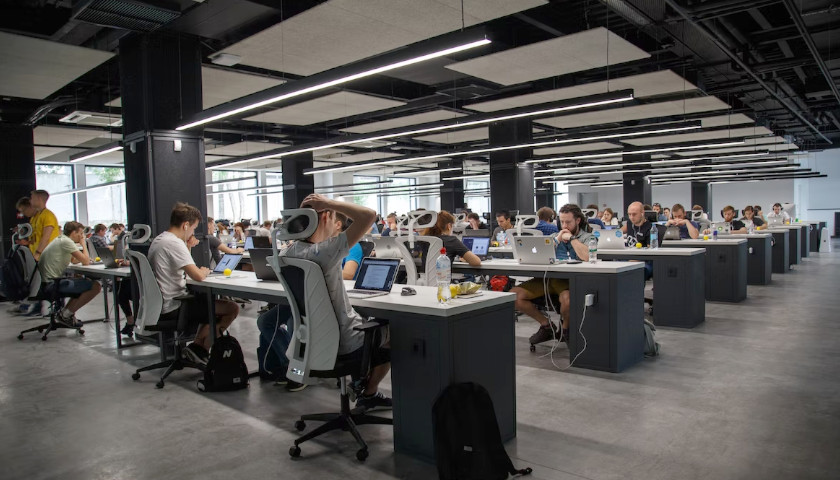 ByteDance, the Chinese company that owns the video platform TikTok, is increasingly bringing foreign nationals to work in the U.S. through foreign worker programs overseen by the Department of Homeland Security, according to the Center for Immigration Studies.

This year alone, ByteDance was employing 579 foreign workers through the H-1B program, an increase from previous years, wrote Jon Feere, the center’s director of investigations, in a new report.