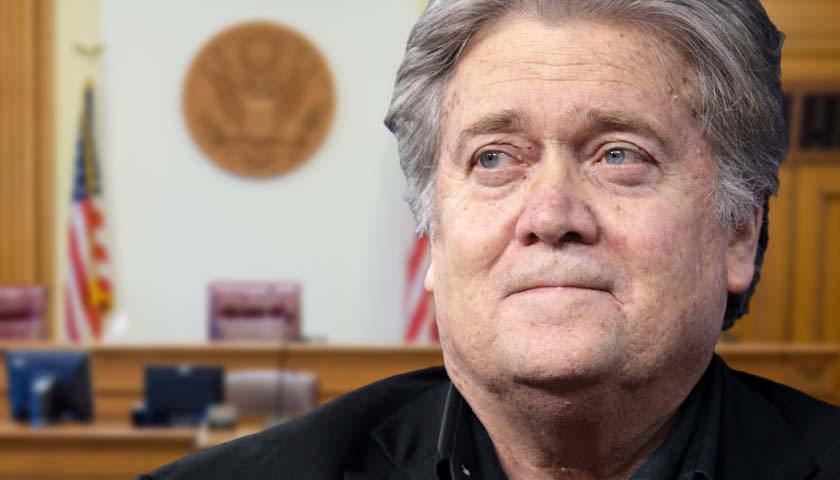 Judge Carl Nichols, of the U.S. District Court for the District of Columbia, ordered a stay of the sentence for contempt of Congress in a ruling published Tuesday by The Post Millennial. 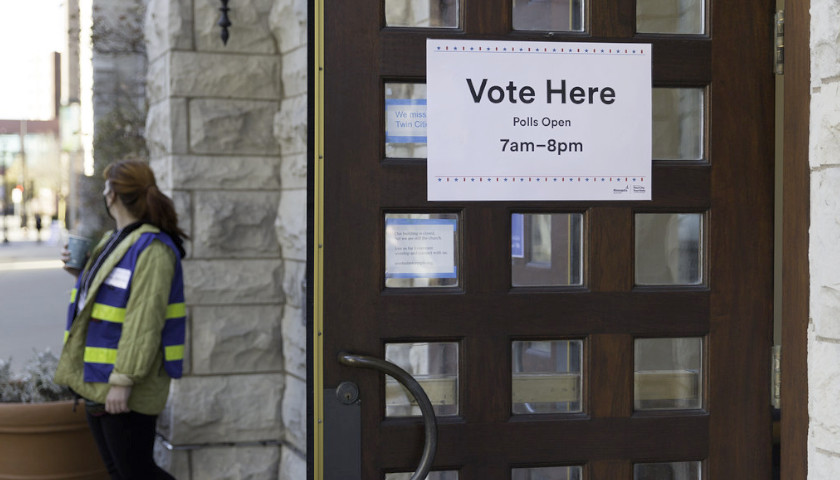 Voters concerned about election abnormalities in Arizona have been using the app VotifyNow to report anything suspicious, and the app’s founder, Johnny Vieira, is starting to reveal what some of the more common or serious complaints are. One complaint revealed that a ballot may have been mailed to a convicted felon.

Vieira told The Arizona Sun Times that between 4,000 – 5,000 incidents have been reported across the country within the past week, but expects the bulk of the incidents to come in on election day and the day after. “There is still time to download the app and report incidents as this nefarious and suspicious activity is expected to continue for the next few days after the election,” he said. “On election day, the app reveals to users what incidents others are reporting.” 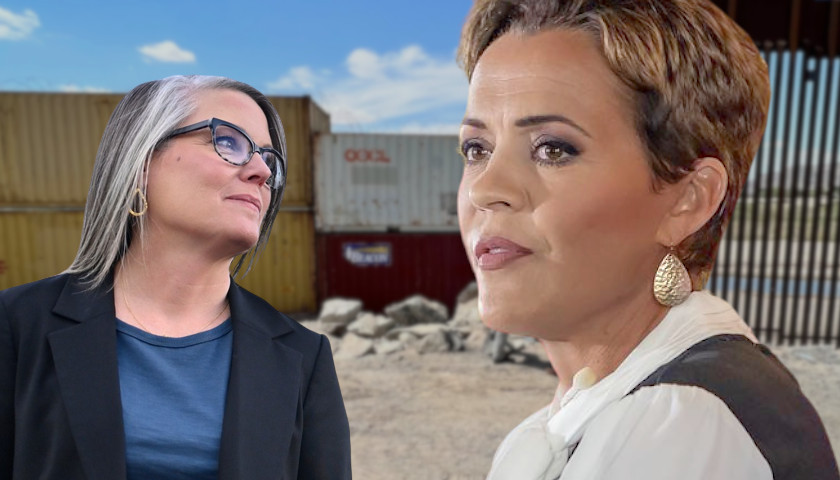 In an interview on KYMA, Democrat gubernatorial nominee, Katie Hobbs, said she would remove the physical barriers placed by Gov. Doug Ducey (R) in areas unprotected by a wall. The campaign for Republican nominee Kari Lake called her out for wanting open borders.

“Any barrier is preferable to no border. [Katie Hobbs] knows this. She just doesn’t care. She is an open borders activist. Hobbs wants to make the rest of the world’s problems our own. [Kari Lake] will secure our border & protect Arizona,” tweeted the Lake campaign. 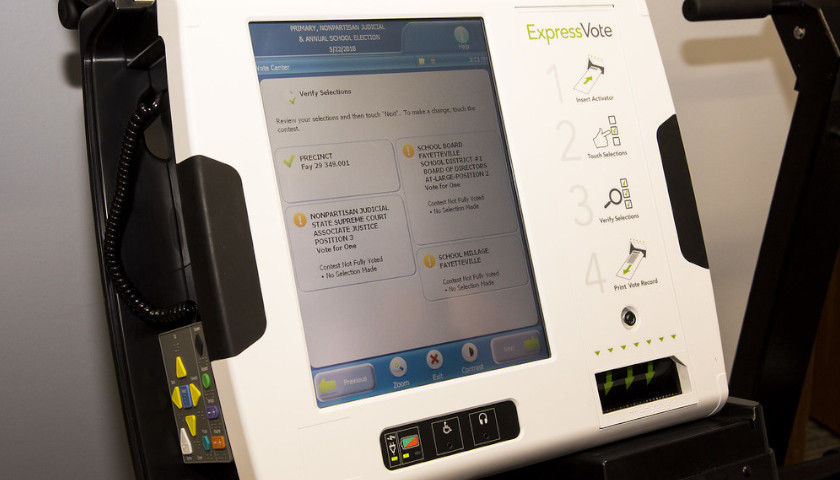 At least 20% of the polling stations on Tuesday in Arizona’s Maricopa County reportedly have problems.

The problems are being reported by local TV station Fox10 based on information from county officials. 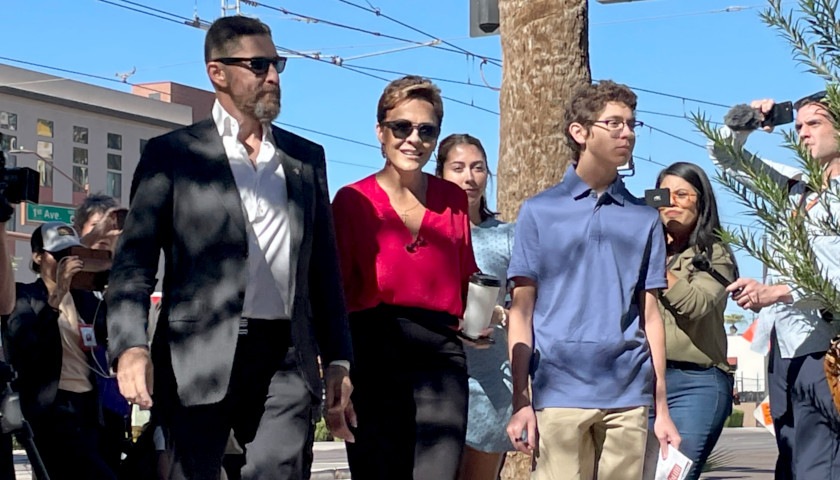 “They got to fix this problem. This is incompetency. I hope it’s no malice and we’re [Lake’s team] going to fix it. We’re going to win,” Lake said. 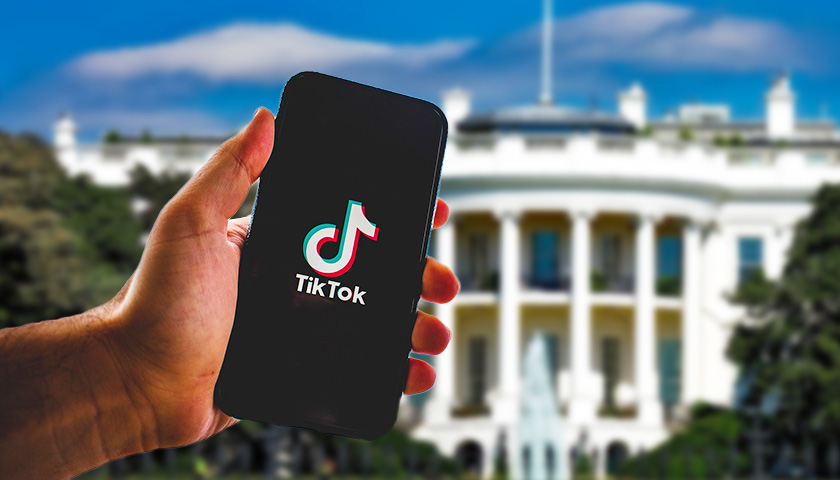 All of it was for laughs, but there was a reason the Biden administration invited him into the West Wing. They wanted Millennials and members of Gen Z to hear a public health message from the TikTok influencer: “We need to get shots in the arms of every single American.” 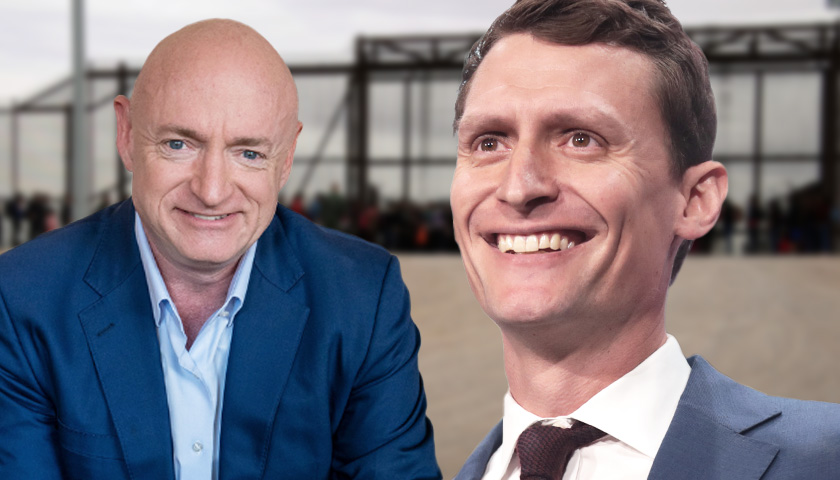 Arizona’s Republican Senate nominee, Blake Masters, spoke Sunday night against incumbent Mark Kelly (D) and the Biden Administration’s failed handling of the Southern border, saying they are not even trying to protect anything.

“Well, [Joe] Biden and Marky Kelly, they’re not even trying. Look at what they’re doing at the southern border. It would be bad enough if Mark Kelly and Joe Biden were trying but failing to secure our border, but guys, they’re not even trying. Day one, one of the first things Biden did, he signed away the border wall,” Masters said. “This dereliction of duty at the southern border, I think it’s just one of many reasons why Senator Kelly is going to be fired on Tuesday.” 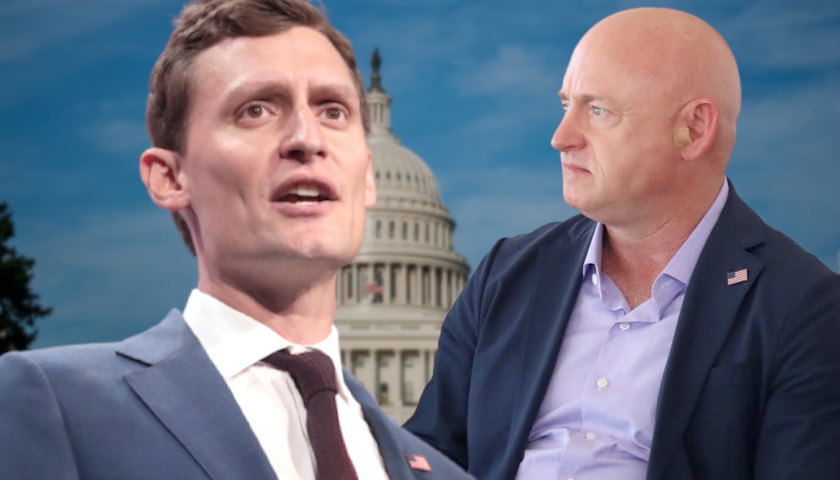 Americans will soon get to cast their first votes since the science–denying COVID mask and vaccine mandates, the second wave of COVID-related blowout spending and subsequent inflation, and the COVID-related school closures that allowed parents to see what the public schools are really teaching their boys and girls – including that they can choose whether they are boys or girls. With all of these matters implicitly on the ballot, how are things shaping up going into Election Day?

Starting with the House of Representatives, six months ago Amy Walter of the Cook Political Report projected “a GOP gain in the 15-25 seat range.” At the time, I responded, “While things could change over the next six months (although the cake is probably largely baked), a GOP gain of 30 to 40 House seats appears more likely at this stage of the contest than Walter’s projected GOP gain of 15 to 25 seats.” 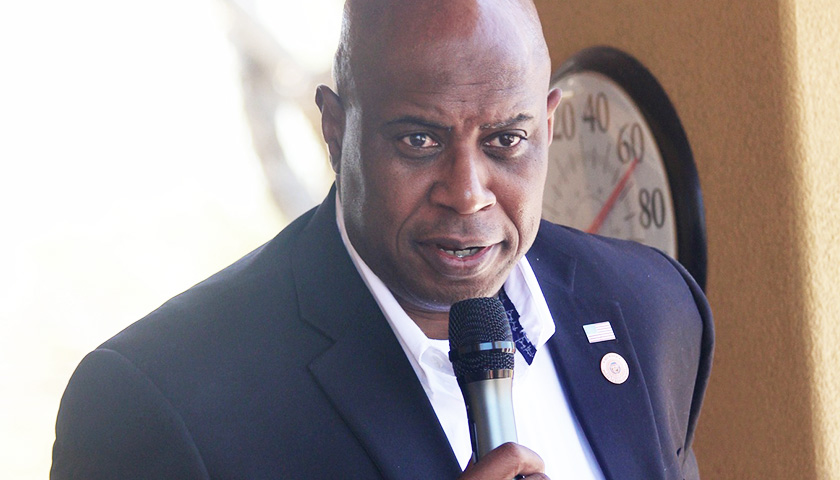 “Many Arizonans regard Puerto Peñasco as “Arizona’s beach,” and it has become very popular to purchase property there. With Jorge Pivac [the city’s mayor] in place, Arizona citizens’ security and investments are at risk. I am accordingly demanding that we take measures to protect the investments and safety of Arizona citizens and businesses,” Blackman said. 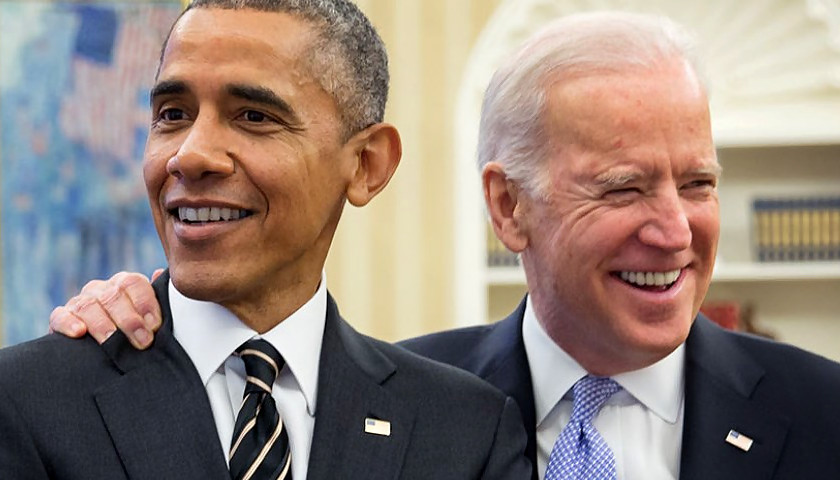 Over the last few months the four icons of the Democratic Party – Joe Biden, Hillary Clinton, Barack Obama, and Nancy Pelosi – have hit the campaign trail.

They’ve weighed in on everything from “right-wing violence” and “election denialists” to the now tired “un-American” semi-fascist MAGA voter – and had nothing much to say about inflation, the border, crime, energy, or the Afghanistan debacle. In this, they remind us just how impoverished and calcified is this left-wing pantheon. 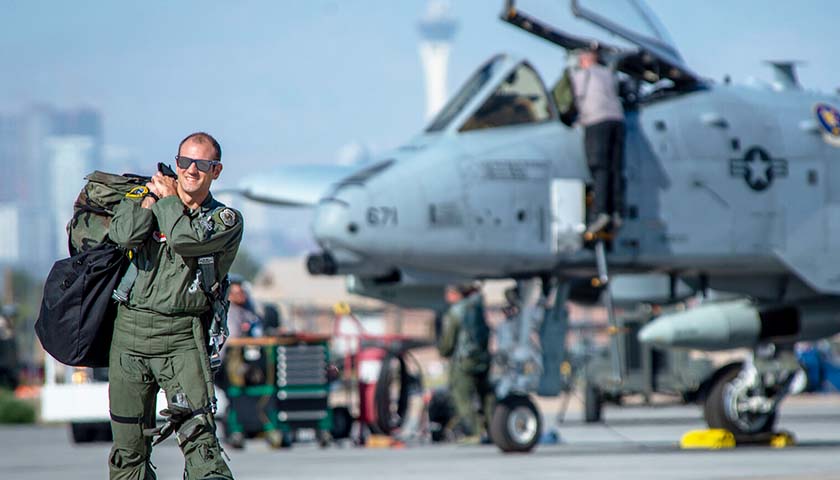 Fiscal year 2023 is projected to be the most difficult year for military recruiting since the inception of the all-volunteer force in 1973. Every branch of the military is reporting extreme challenges in recruiting enough volunteers to fill their ranks. Not only are fewer people volunteering, but there are fewer eligible Americans to recruit as the prevalence of obesity grows and disqualifies an ever-increasing number from military service. 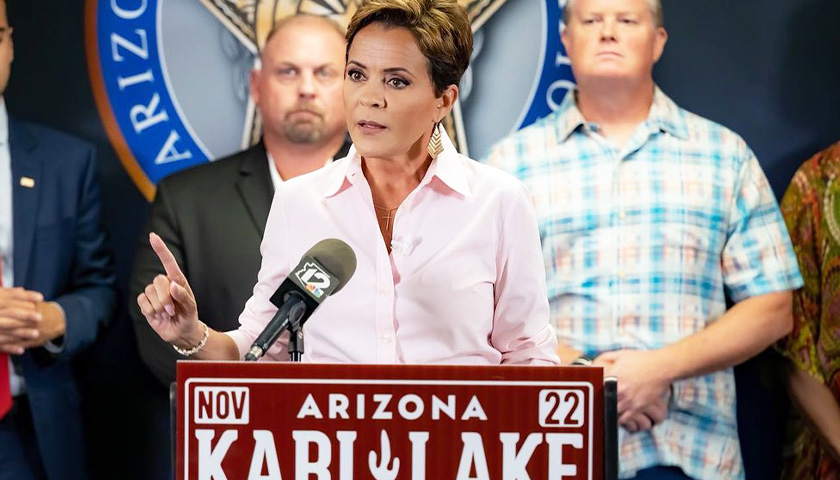 Arizona Republican gubernatorial candidate Kari Lake reiterated her commitment to declare an invasion at the Arizona-Mexico border at a news conference on Friday. She said once she’s governor, “Arizona would show Texas how to do it.”

If elected, and after being sworn in, she said, “on day one, hour one,” she will declare an invasion. “We are going to declare an invasion initially and put everybody on notice that Arizona is taking control of their own border and ask the federal government to help and see if they’ll do it. Kind of don’t think they will. 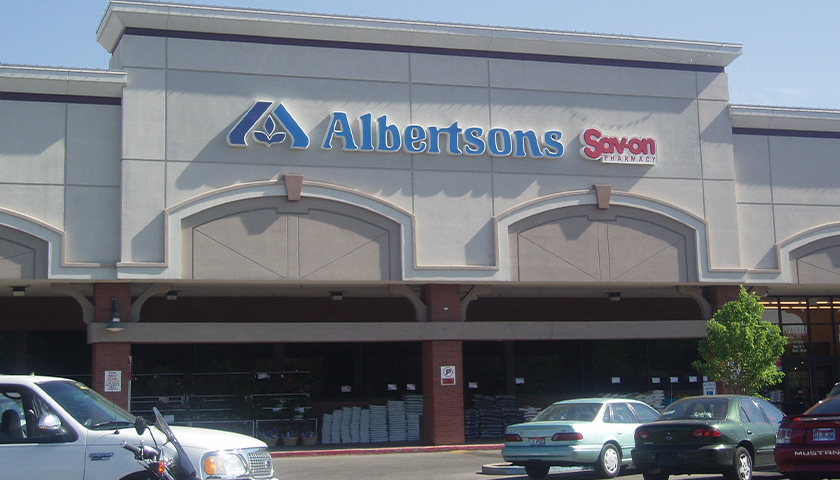 Washington State Attorney General Bob Ferguson sued on Tuesday to stop the payment – which was scheduled for Nov. 7 – while Albertsons’ merger with Kroger is under review. In the lawsuit, Ferguson claims the payout could jeopardize the grocery giant’s ability to do business and imperil jobs. 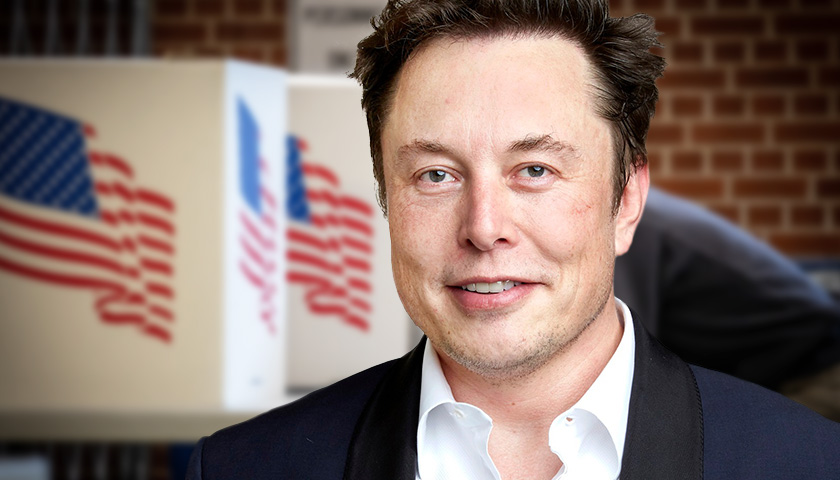 Billionaire business magnate Elon Musk on Monday urged “independent-minded” Twitter followers to vote for Republicans in the midterm elections Tuesday, arguing that shared power between the two parties is better for the country.

“To independent-minded voters: Shared power curbs the worst excesses of both parties, therefore I recommend voting for a Republican Congress, given that the Presidency is Democratic,” Twitter’s new CEO wrote. 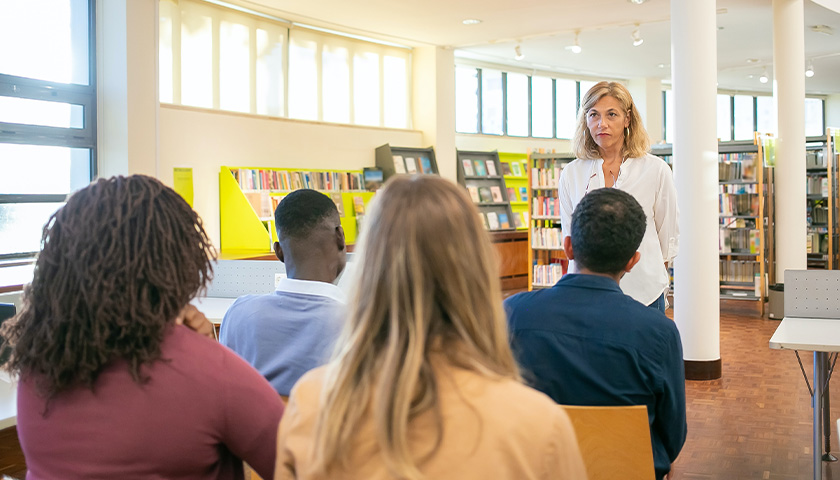 A nonprofit organization launched its digital curriculum Thursday for students to learn the “horrors of communism.”

The Victims of Communism Memorial Foundation (VOC) has launched its Communism: A History of Repression, Violence and Victims curriculum featuring 10 sections and 33 chapters of material to help school districts teach the basic theory and ideology behind communism. Fully sourced and peer-reviewed, the curriculum is aimed at high school sophomores and covers the tools and theories of communism, which is lacking in schools, VOC told the Daily Caller News Foundation. 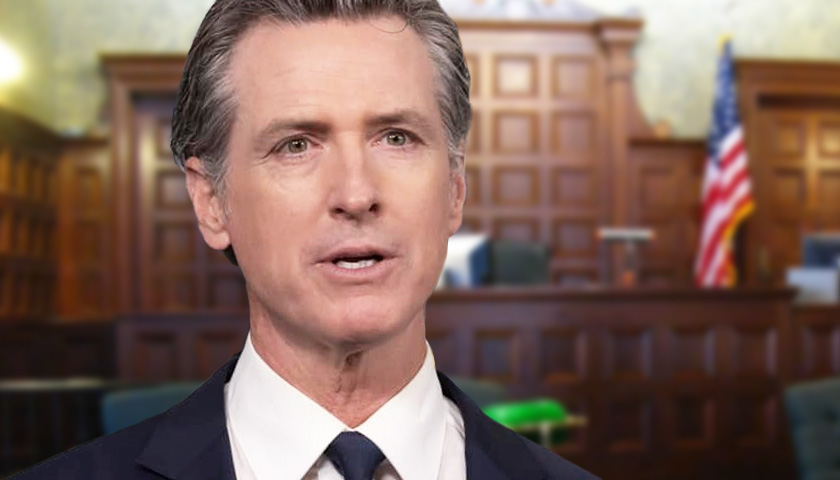 A group of California physicians filed a lawsuit against Gov. Gavin Newsom and the state’s medical board over a new law that will regulate what doctors can tell patients about COVID-19 risks and treatments.

A.B. 2098 will make it “unprofessional conduct” for physicians or surgeons to provide their patients “false information” related to COVID-19, including vaccines, “that is contradicted by “contemporary scientific consensus contrary to the standard of care.” The legislation discriminates against alternative viewpoints and creates “a severe chilling effect,” contradicting the First Amendment, the New Civil Liberties Alliance (NCLA)-backed lawsuit contends. 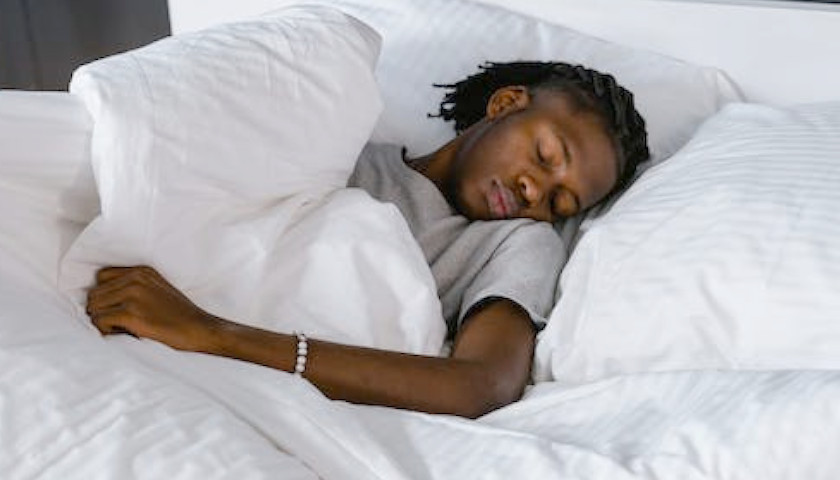 The National Institutes of Health has issued more than a million dollars via taxpayer-funded medical research grants to find evidence that racism is to blame for poor sleep in minority communities.

The funding was appropriated to Dr. Alexander Tsai, an associate professor at Harvard University who is conducting the research through Massachusetts General Hospital, where he works as a psychiatrist. 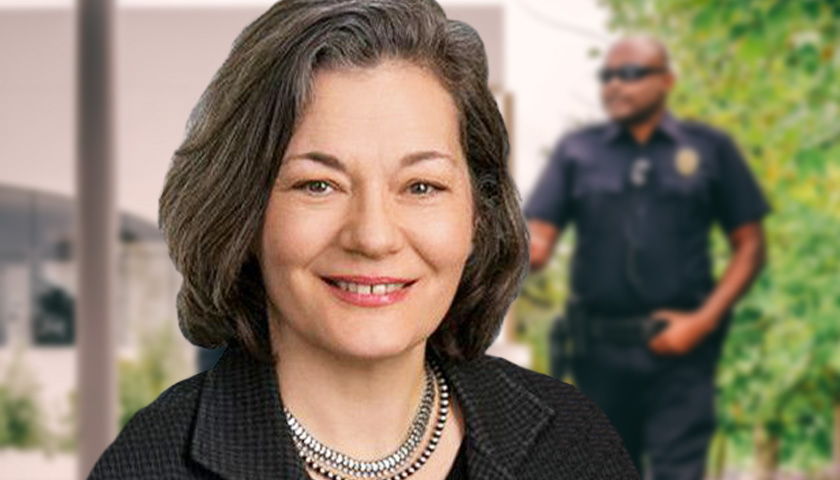 Susan Daggett, an attorney and wife of Colorado Democratic Sen. Michael Bennet, said in a video obtained by Just the News that there is a way to “quietly” defund police by reallocating funds and she hopes President Biden doesn’t run for reelection in 2024.

Daggett, law professor at the University of Denver’s Sturm College of Law, was asked if President Biden should run for reelection in the undercover video, released by the media watchdog group Accuracy in Media. 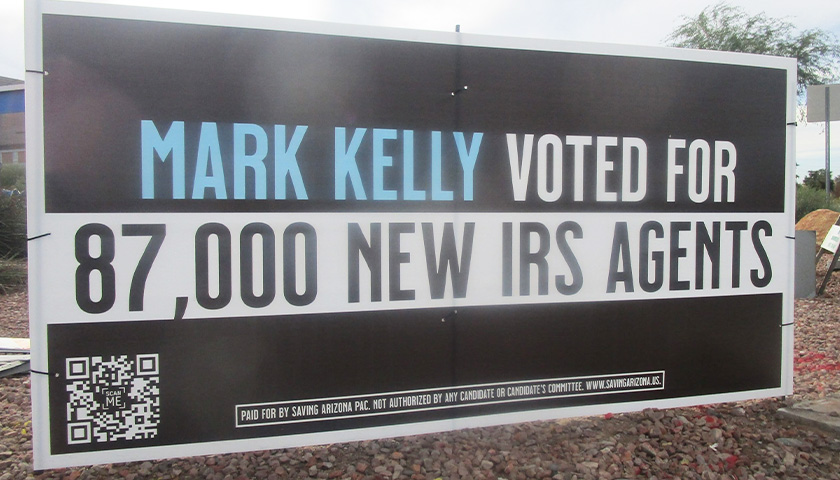 August 7 was a big day for the Spendthrift Seven. In just 12 hours, these Senate Democrats — all facing re-election Tuesday — gave the middle finger to middle-class taxpayers, hugged illegal aliens, and high-fived the IRS.