The Pennsylvania House State Government Committee has unveiled a preliminary map for new congressional districts, selected from one of 19 submitted by the public.

Rep. Seth Grove (pictured), R-York, chair of the State Government Committee, said a map submitted by Lehigh County resident Amanda Holt was selected because it was crafted without political influence, met constitutional standards and limited splits of townships and municipalities, among other factors.

“Over the last several months, advocates and every-day Pennsylvanians told us they didn’t want the process of years’ past,” Grove said. “The people of Pennsylvania asked for increased public involvement, a map that was drawn by people, not by politicians, and the opportunity to offer comment on a preliminary plan before a final vote was taken. 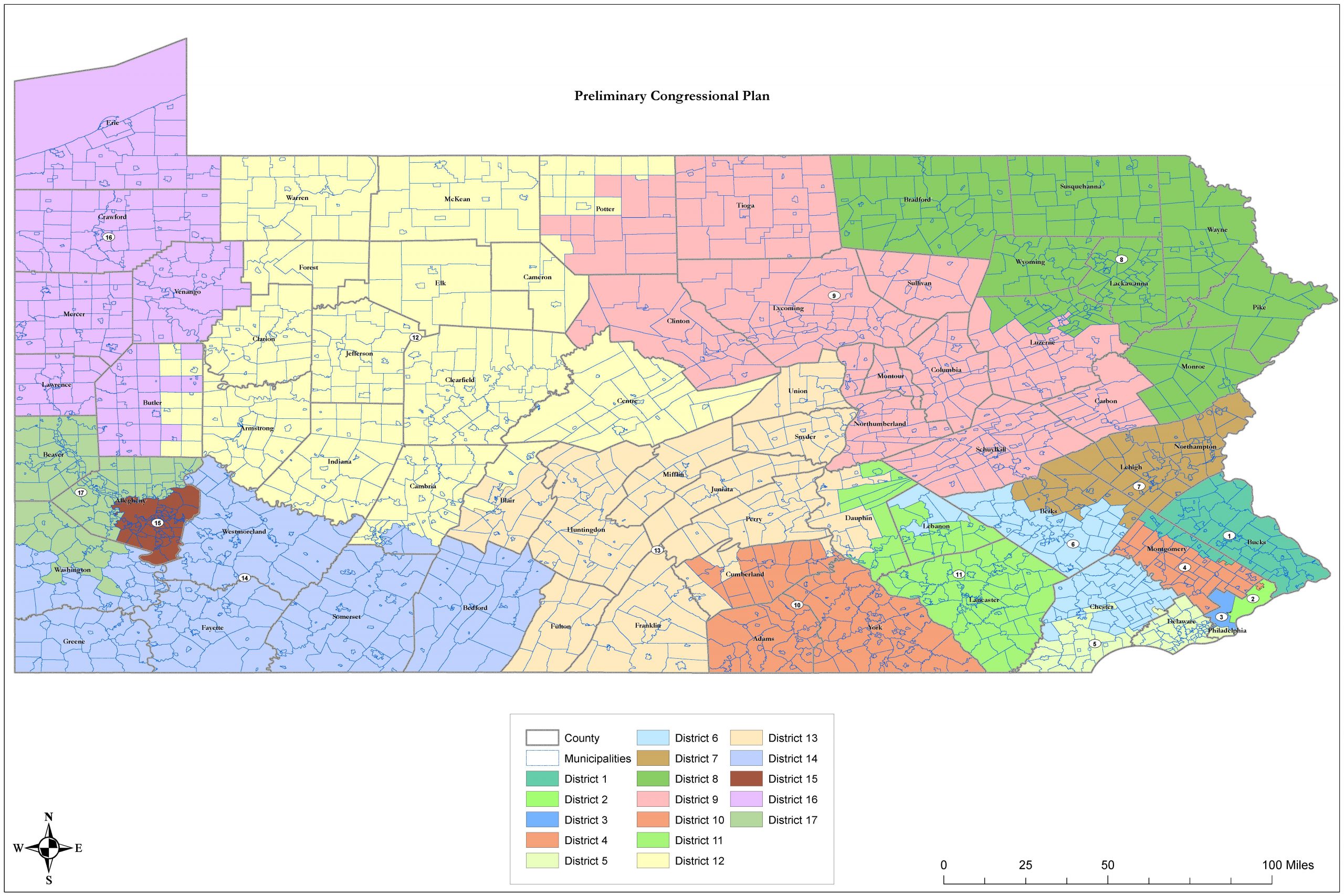 “Today, I am proud to announce that a citizen’s map, not a map drawn by legislators, has been introduced for consideration by the General Assembly, and for the first time in Pennsylvania history is posted for public view and comment,” he said.

States redraw state and federal legislative maps every decade using updated census data to ensure fair representation, though the process is contentious and often rife with gerrymandering aimed at giving an advantage to one political party or the other.

The Pennsylvania Supreme Court in 2018 rejected a map approved in 2011 by the Republican-controlled General Assembly and executive branch for leaning in favor of Republicans. Lawmakers vowed a more transparent process this time around to avoid similar issues, though Democratic Gov. Tom Wolf can veto any map approved by the General Assembly.

Holt was central to the effort to overturn the last congressional district map, and her proposal was selected as an initial draft this time because it meets priorities highlighted by the public during a dozen hearings since July. The criteria includes equal population requirements, limited splits of townships and municipalities, compact and contiguous districts, and a lack of political influence, Grove said.

“The introduction of this map is a starting point, and we look forward to hearing the thoughts of residents across Pennsylvania about how this map would impact their community and how they are represented in Washington, D.C.,” Grove said. “This is a historic step forward in transparency and good government.”

Census data shows Pennsylvania’s population of 12.8 million grew slower than other states at about 2.4% over the past decade, resulting in a reduction of congressional delegates from 18 to 17.

The current delegation is split 9-9 between Democrats and Republicans, with U.S. Democratic Reps. Conor Lamb and Mike Doyle not seeking reelection in 2022, when a new map would take effect.

Pennsylvania’s House State Government Committee is holding a public meeting to discuss the new map with Holt on Thursday evening and could vote on it as early as Monday.

Centre County Rep. Scott Conklin, the ranking Democrat on the committee, said Republicans are snubbing input from his party.

“We actually asked if we could have a testifier on a Zoom meeting tomorrow and were denied,” Conklin told Spotlight PA. “I had high hopes, and I can’t express my disappointment that it wasn’t done in a more bipartisan way.”

Joe Kabourek, director for the government watchdog RepresentUS, is urging a thorough review.

“What happens over the next few weeks will determine Pennsylvania residents’ government representation for the next decade,” he said. “Residents need time to study the map to ensure all public input was taken seriously, and lawmakers need to be transparent about any changes they make and how those decisions were made before any final maps are adopted.”

Sen. David Argall, R-Schuylkill, and Sen. Sharif Street, D-Philadelphia, are expected to unveil a different map next week in the Senate State Government Committee, with a possible vote in January, a spokesperson for Senate Democrats told Spotlight PA.

The Pennsylvania primary election is scheduled for May 17.

Victor Skinner is a contributor to The Center Square.
Photo “Pennsylvania State Capitol” by Governor Tom Wolf CC BY 2.0.