BEDMINSTER, New Jersey – (The Star News Network Wire Service) – During the question and answer period of former President Donald Trump’s press conference on Wednesday, in which he announced the filing of a class action lawsuit against Big Tech giants Facebook, Google, and Twitter, in addition to their  CEOs, for violations of the First Amendment, the former president took a shot at the mainstream media as well.

“What’s your position on public broadcasting NPR, who also seem to filling the same kind of role [as Big Tech] for a certain [political] side,” The Star News Network asked the former president. 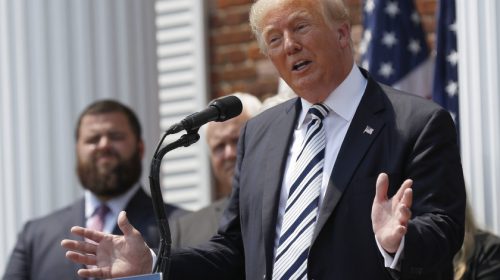 In Afghanistan, you know we didn’t lose one soldier in the last more than a year. I will say that was largely because of me, but I won’t want to take credit, but the good news is I won’t be given credit either. We haven’t lost a soldier.

They only go after Republicans.

It’s a terrible thing that’s happening to our country and a very dangerous thing and a very good question.

It was a point that Trump went back to, as he made a concerned plea to the mainstream media in his closing just before concluding the event. 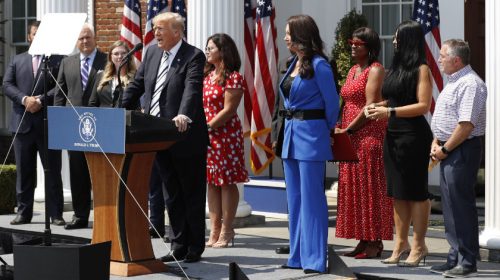 “And the other thing I would just ask is that the MSM go back and do please discuss the horrors of what’s going on in all cases Democrat-run cities the hundreds and hundreds of people that are being killed on a weekly and monthly basis so that people will do something about it.

Trump called what has happened in certain cities, where there has been the loss of human life on a weekly basis, “a horrible thing.”

He said that in order to get credibility back, newscasts need to change.

Laura Baigert is a senior reporter at The Star News Network, where she covers stories for The Tennessee Star, The Ohio Star and The Georgia Star News.